That’s a wrap! I have just finished my Australian Government-backed matched crowdfunding campaign.

As I announced two months ago, I was fortunate to be one of 25 artists selected for Creative Partnerships Australia‘s Match Lab 2018 program. The program encouraged artists to fundraise from their supporter bases by offering a matched funding incentive.

Creative Partnerships Australia was kind enough to allow me to be a ‘guinea pig’, and be the first Match Lab artist to use Patreon as my fundraising platform. With Patreon being a platform built around regular monthly donations, my campaign was different to the one-off crowdfunding campaigns that Match Lab had typically supported.

In short, my campaign was a hit! An additional 101 people generously joined my Patreon campaign. These new supporters are collectively pledging US$1,762 per month. This amount sits on top of my pre-existing funding base of $426 per month.

Assuming all of my new supporters continue their newly-made pledges, it means I now have an additional A$28,708 to support my cartooning each year, on an annualised basis. That is huge!

I was particularly pleased to see so many supporters who made sustainable pledges that they are likely to be able to maintain into the future. As you know, I am keen to continue this cartooning for a long time, so I was chuffed to see so many people keen to support me along this journey.

Oh, and in addition, all of these pledges allowed me to reach the maximum available Match Lab grant of A$10,000! 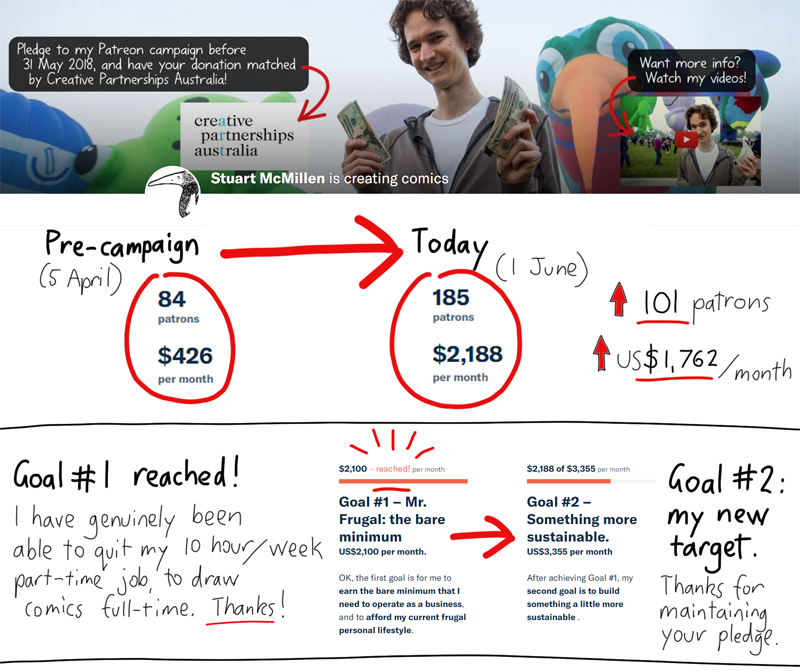 Of course, not all of this income will go to me directly. As my budget shows, a large percentage of this money goes straight into paying small business expenses, such as paying for studio rent and web server fees. But it is still welcome income that allows me to continue my ‘public interest cartooning’.

Median Australian income? Not yet.

As I stated on my crowdfunding page, I aim to be the first Australian artist to earn the median income from crowdfunding. My campaign allowed me to reach my ‘minimum viability’ goal of US$2,100 per month, which allows me to break with my current lifestyle expenses. But I remain far beneath my ‘median Australian income’ goal of US$7,452. Achieving that goal will have to be a long-term goal. It is one that my readers can help me work towards at any time by pledging to my crowdfunding campaign.

From my experience, I know that ‘donor churn’ is a constant factor with Patreon-style crowdfunding campaigns. Each month, a certain number of donors choose to cancel or reduce their donation pledges. So every month, new donors need to step up to increase their pledges, or make fresh pledges. Can you help me by getting on board my crowdfunding campaign now? If so, pledge now through crowdfundstu.com.

Activity during the campaign: 3 new comics

During my two month campaign, I released three new comics: Not Talking About Capitalism, I Used to Be Racist, and Deprived of Religion.

I felt it was it was important to release comics with top-notch artwork, on three deliberately different topics. Excitingly, each of those comics were about subjects that I had not covered before.

Activity during the campaign: 3 new videos

My personal philosophy is that crowdfunding campaigns should have multiple videos, with each using a distinctly different style to communicate the idea. Each video gives you an ‘extra bite of the cherry’ towards convincing your potential donor, as you twist the way you present your message. Each video is an additional opportunity to turn the viewer into a supporter who will pledge cold hard cash.

In my case, my three 2018 videos used the ‘earnest, straightforward’ approach (Canberra Balloon Spectacular video), the ‘humorous oddball’ approach (Cartoonist or parking inspector?), and the ‘serious, cinematic’ approach (A day in the life of Stuart McMillen, cartoonist).

It was great working with my videographer Jason Macqueen, who I recommend to anyone wanting to create the results evident in those three clips. (We were particularly happy with the cinematic look of the third video, including the drone shots of me cycling along the Canberra bike path).

Activity during the campaign: speaking and media appearances

During the campaign, I used press releases to arrange media opportunities. This led to TV news coverage:

I was featured on ABC News Online, and in my home town newspaper: 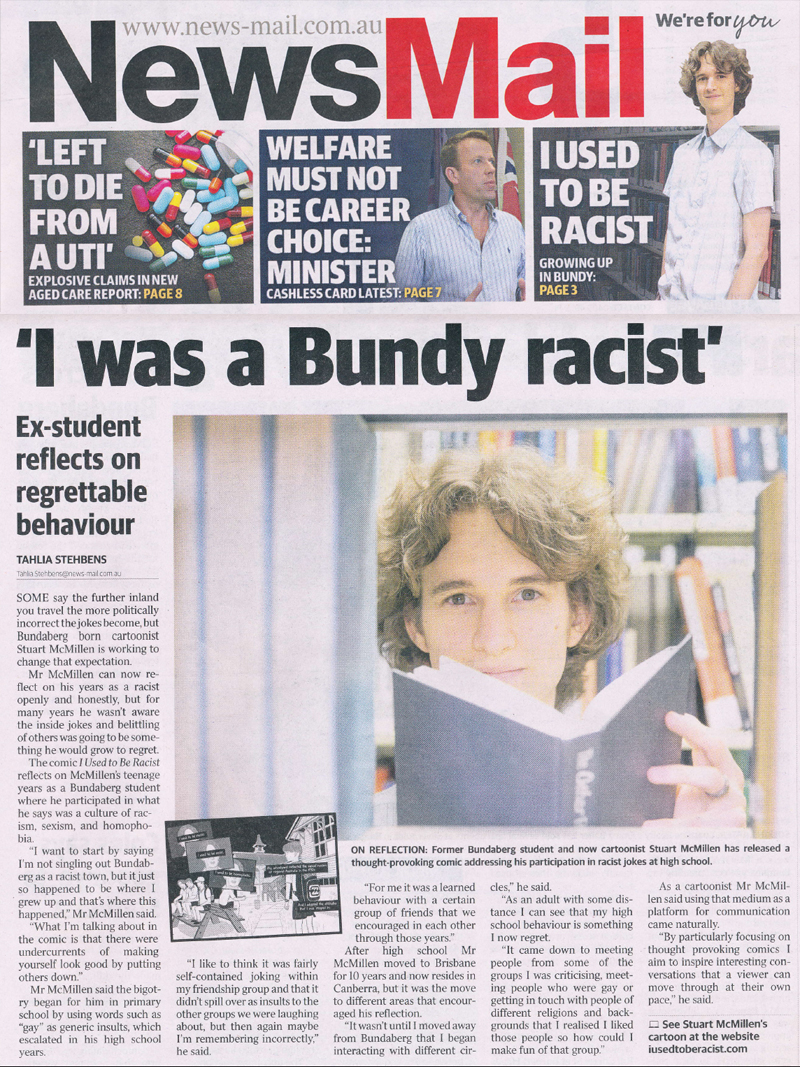 I also did some public speaking to promote the event, including a talk at Green Drinks Canberra, and a 60 second pitch at Canberra Innovation Network’s First Wednesday Connect night, where I also displayed the I Used to Be Racist comic ahead of launch: 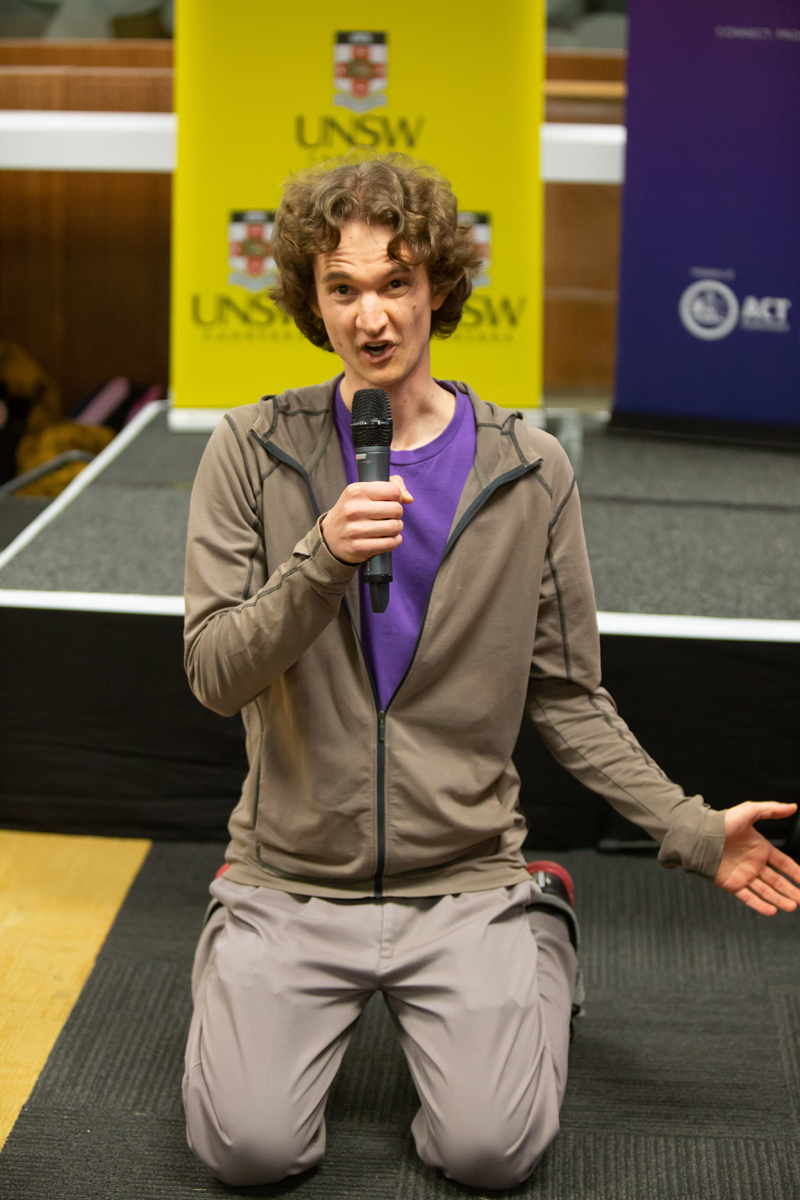 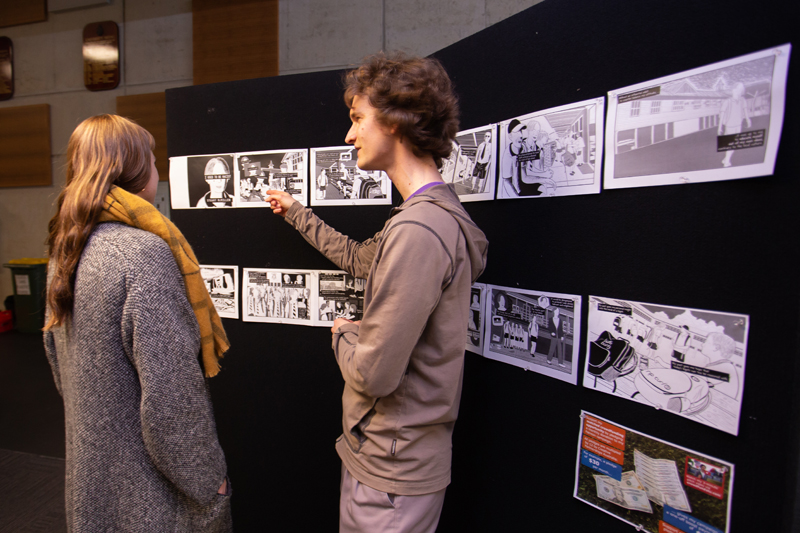 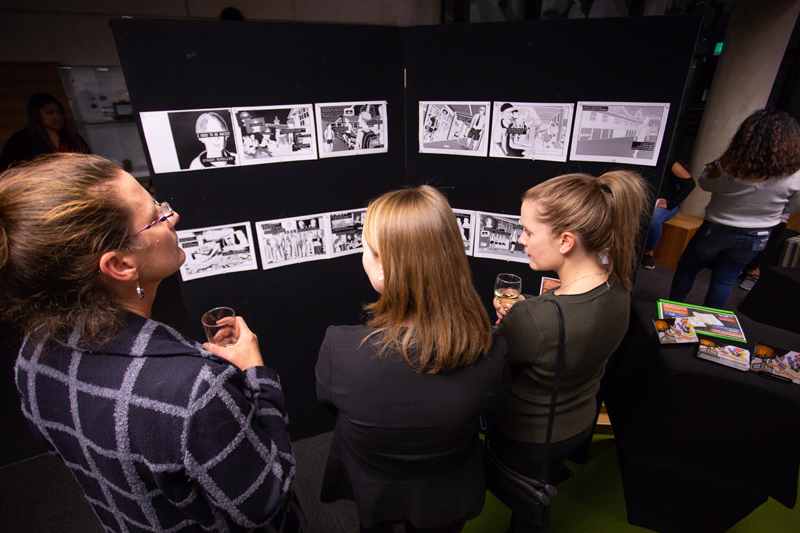 And I held an open studio at Gorman Arts Centre’s Autumn Revel event.

Each of these opportunities seemed to result in people who were willing to support my crowdfunding campaign.

Conclusion: thanks to my supporters!

My overwhelming feeling right now is one of gratitude. I am grateful to those 101 people who stepped up to join my existing base of 84 Patreon supporters.

This Match Lab campaign has taken my Patreon campaign from a base ‘proof of concept’, to something that has genuinely allowed me to quit the part-time job that I was working 10 hours per week. Consequently, I will be dedicating more of my focus to my comics.

Once again, thanks to all of my Patreon supporters. If this essay has inspired you to join my campaign, pledge now via crowdfundstu.com.

Good news! My crowdfunding campaign was successful. This blog post shares all of my lessons learnt from crowdfunding. Including many tips I wish I'd known beforehand.