crowdfundstu.com
Doing It All Alone 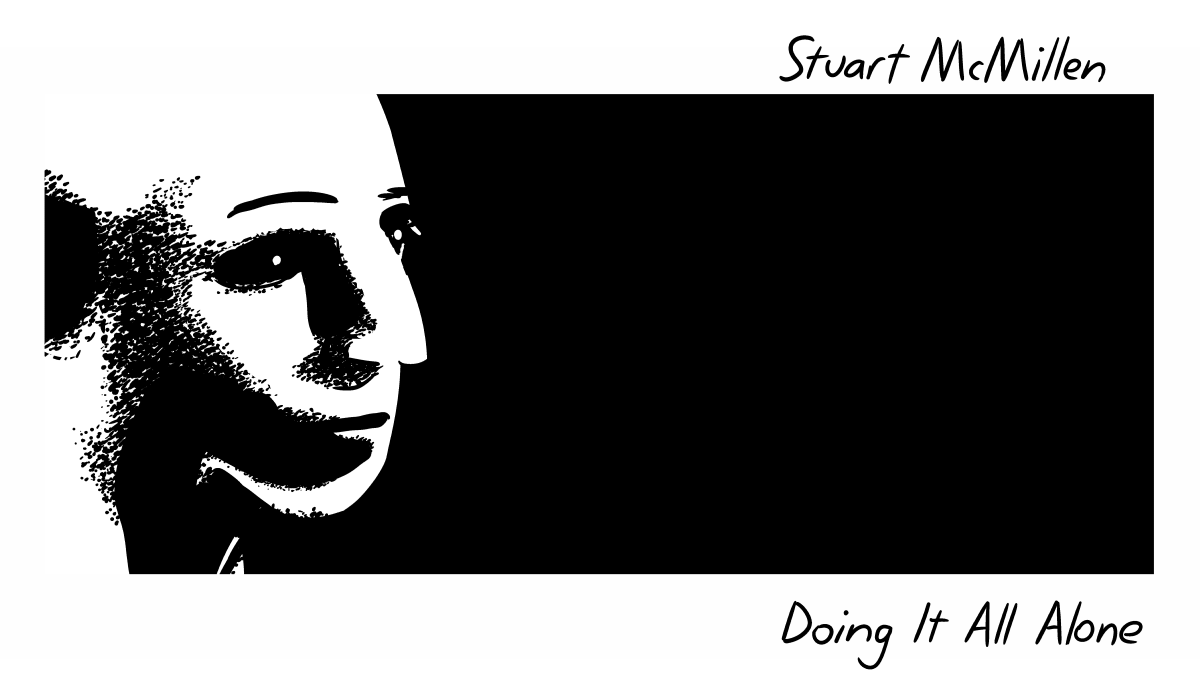 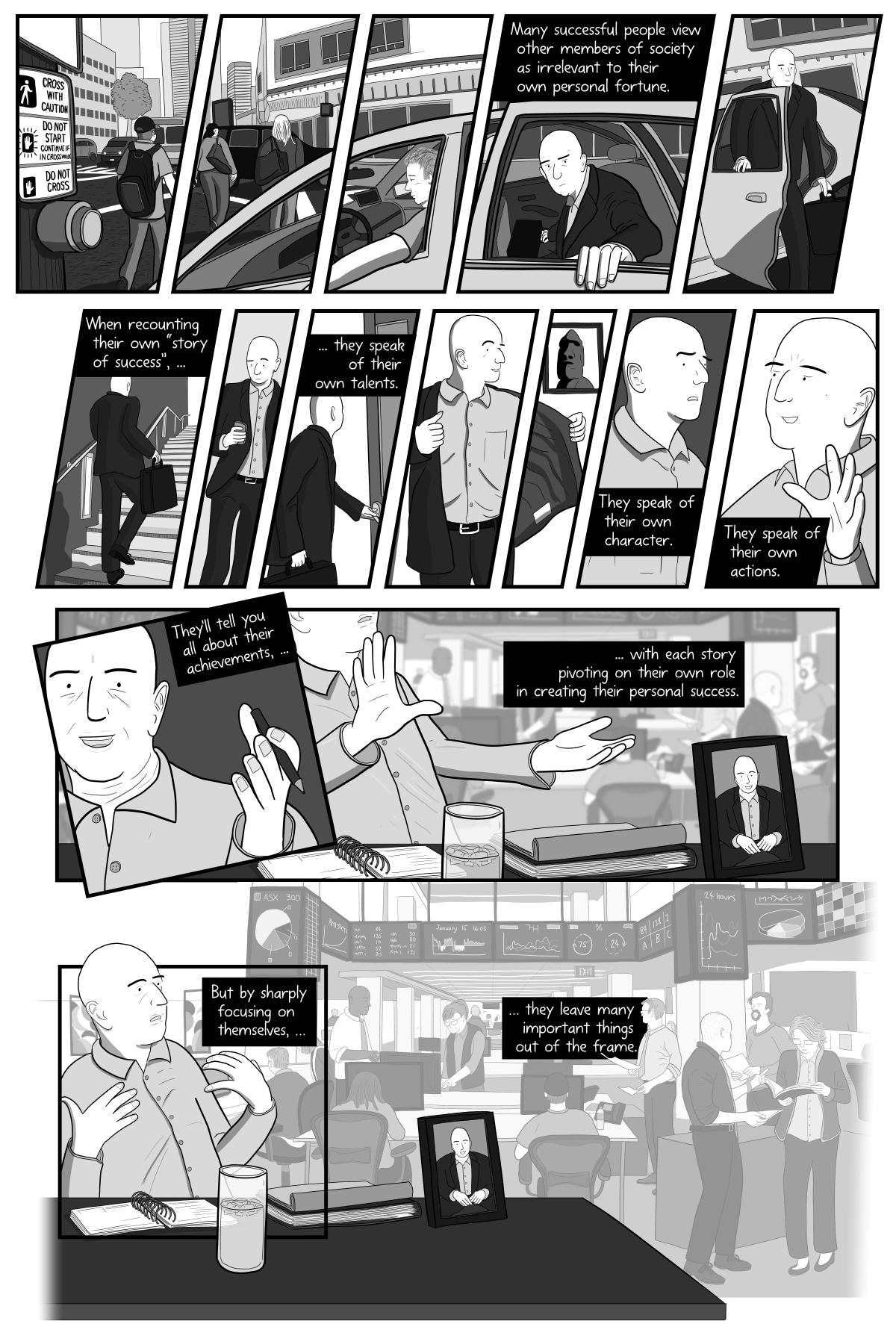 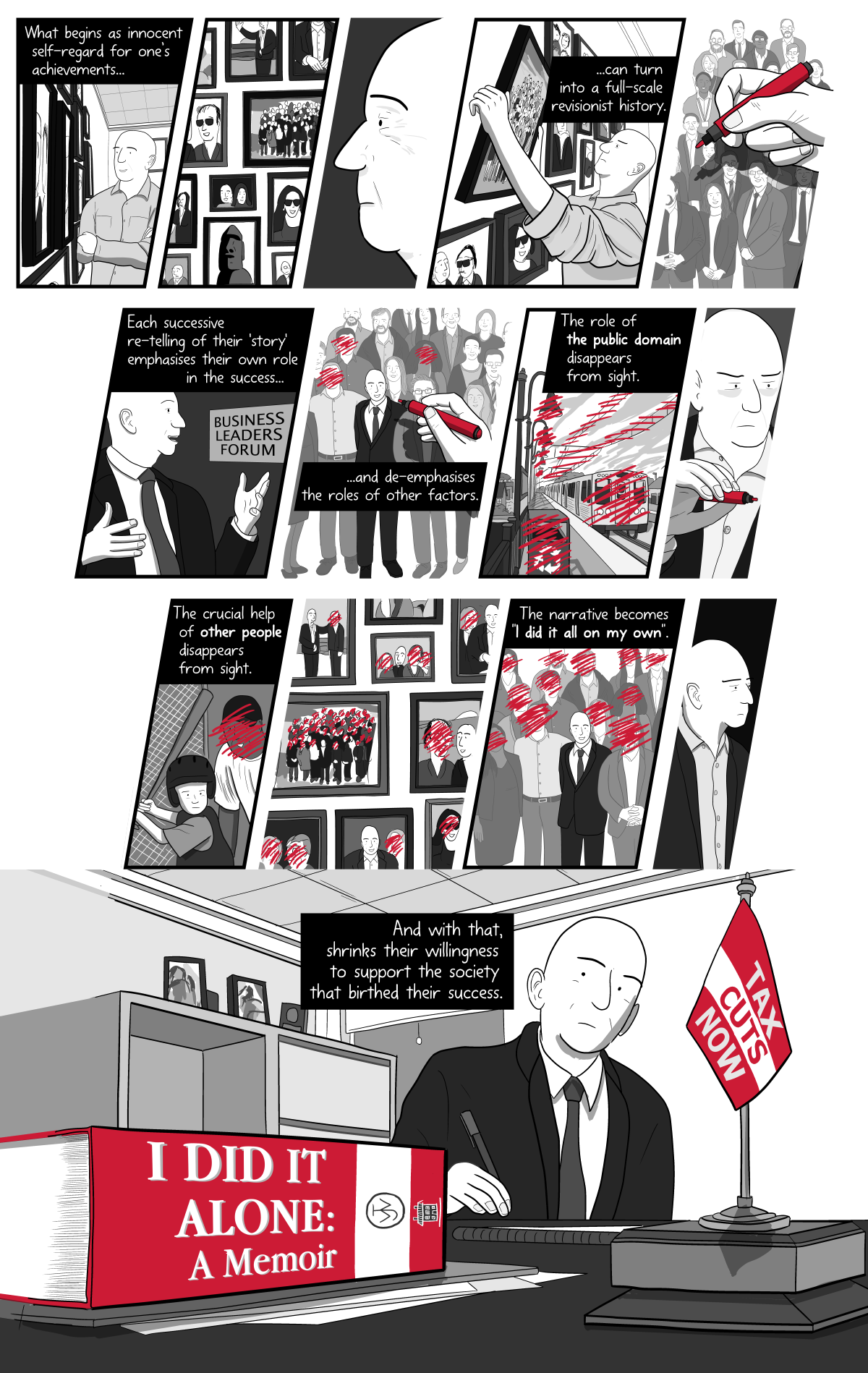 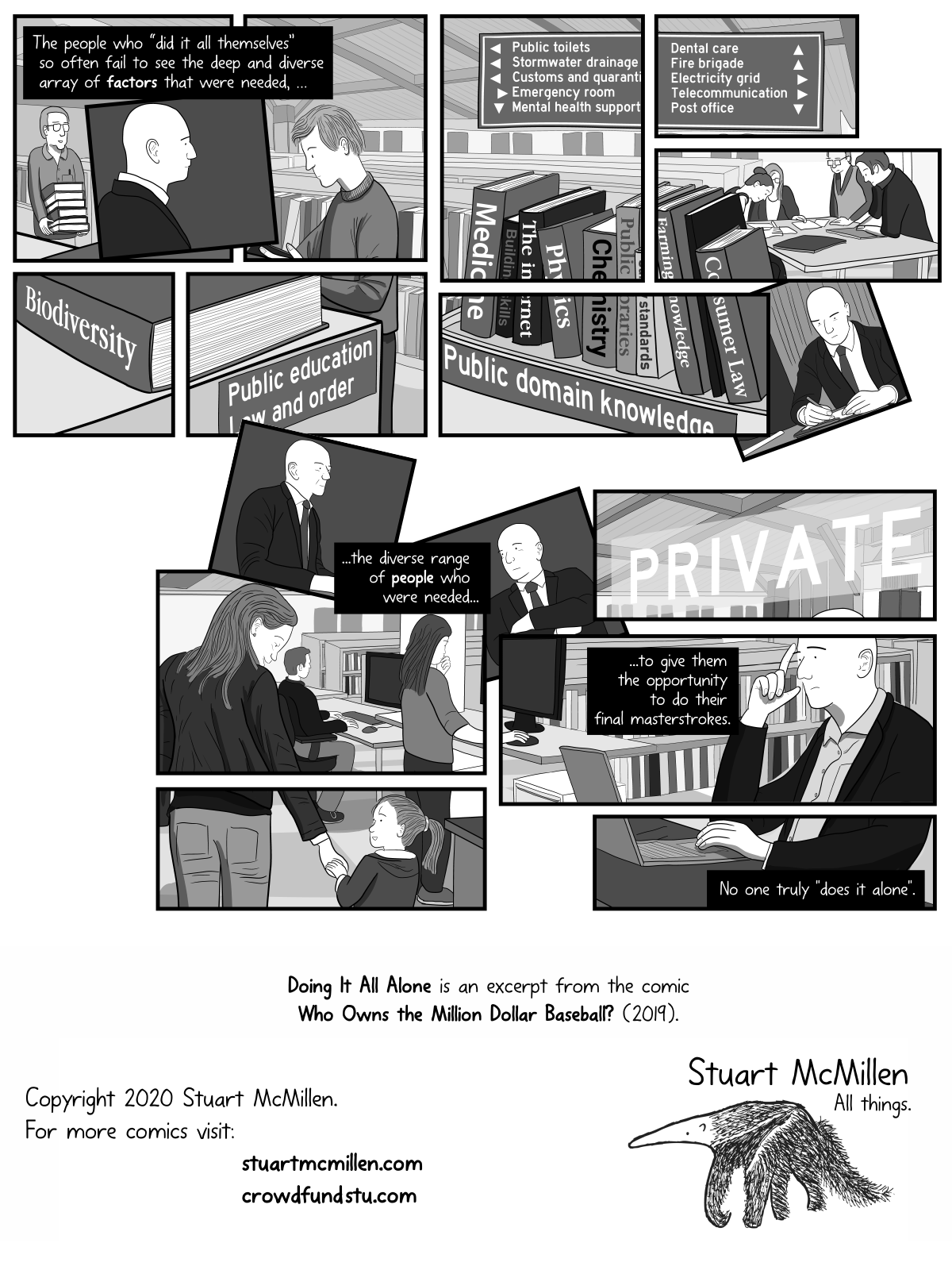 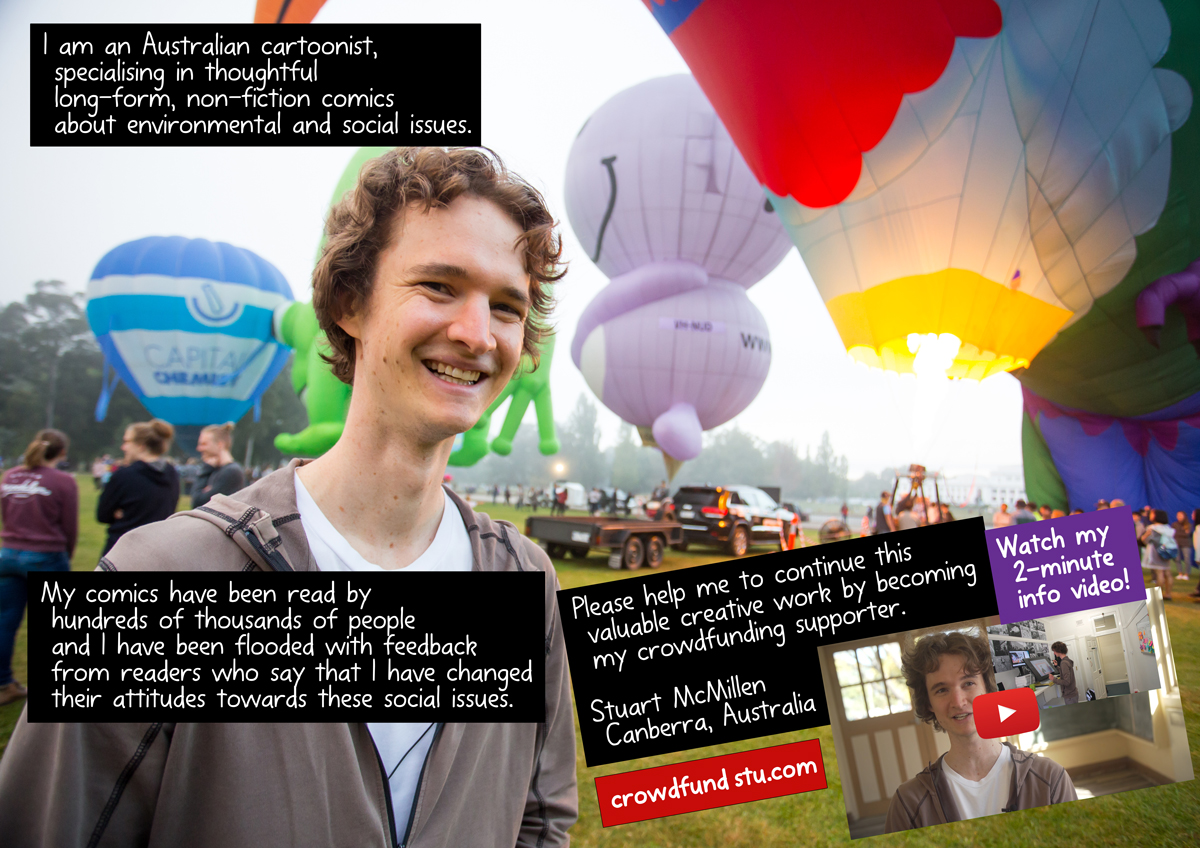 Hi Stuart Been following your comics long ago... I kind of disagree with this one: what I understand with "doing it by myself" or "self-made" kind of person, is that, yes: there was help from X or Y... but the person would've achieved success anyway if there were no X or Y, instead having found his/her way to Z. Y'know what I mean? There's a difference between "counting on"/"relying on" somebody vs "depending on". It could be the friends, family, some company, the state, the society. Those who are willing to do it by themselves are the most likely to found the help of others, and get far. But those who believe they NEED others, have the less chance to get that far. They may feel powerless when it seems nobody's there to help. It's a mindset issue. It's true that nobody does nothing extrictly "all alone" as the entire universe is interconnected. But I see some special merit in those that will pursue their objectives regardless of external help, situations, or lack of them. Best!