This blog post is titled ‘The Great Disruption’ for two reasons. Firstly because of my recent interstate move, and secondly after the title of a book I have recently read.

In January 2013, I moved from Brisbane to Canberra – the capital city of Australia. While it’s exciting to be in a new city after 10 years living in Brisbane, the move has been very disruptive to my cartooning. I underestimated how much time it would take to pack up / clean up my old house in Brisbane, as well as how time-consuming Canberra house-hunting would be.

The good news is, after weeks living in temporary accommodation, I moved into to a permanent home 7 days ago. Here’s the view of Parliament House from a hill 20 minutes walk from my home. 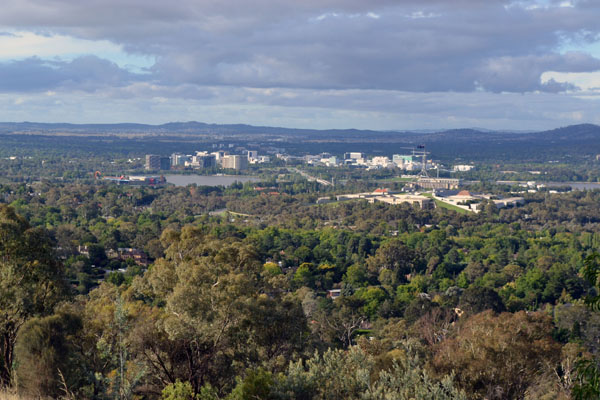 My Canberra postal address is PO Box 4666, Kingston, ACT, 2604, Australia, in case anyone wants to surprise me with a postcard or letter! I will hang onto that PO Box as long as I am living in Our Nation’s Capital (check my ‘About‘ page).

I am now able to resume work on Rat Park after an approx 8 week gap. My possessions (including PC) had been in storage for that period of time, so I was definitely able to see the strip with fresh eyes!

Apologies to my crowdfunding supporters for the ‘radio silence’ on the progress of their comic. To recap: the Pozible campaign was successful, and I decided to extend the length of the comic from 28 pages to 40 pages. Script-writing and layouts are complete, and the line art for Rat Park is currently well over 75% completed.

Here’s an overview of all 40 pages of the comic, in their unfinished state: 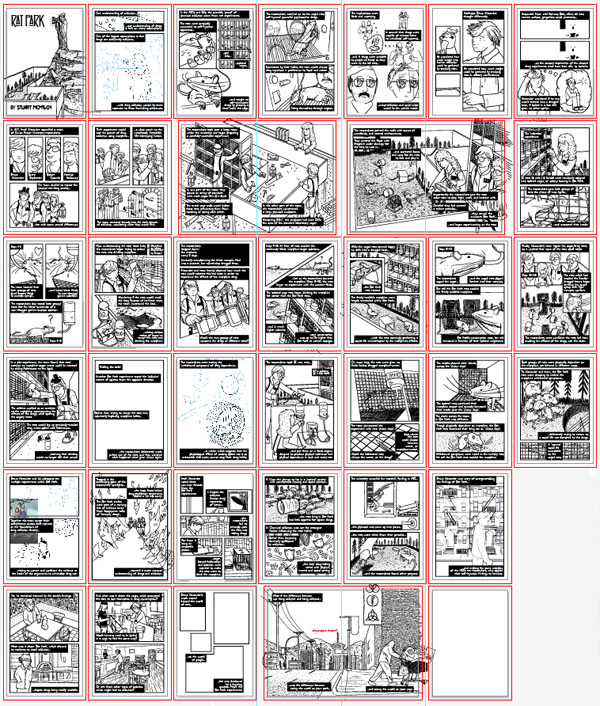 All that needs to be done now is to complete the remaining line art, colouring/shade the panels, print physical copies for supporters, translate from English into other languages, and publish to stuartmcmillen.com. I expect the printed copies to be sent around Easter 2013, with the web launch timed to when these parcels will hit mailboxes.

For your patience, here is a 4-page sequence from Rat Park (pages 25-28). As you can see, the colour/shading is not yet done. 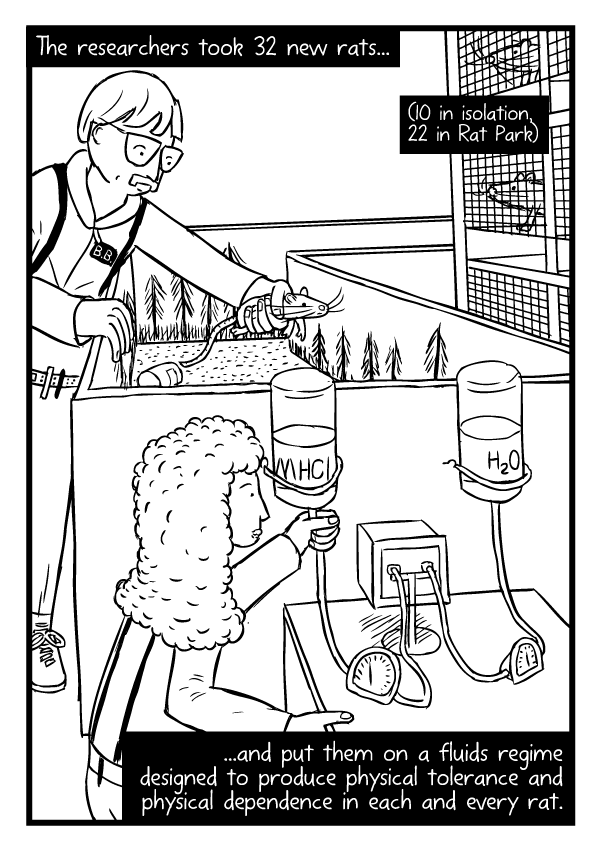 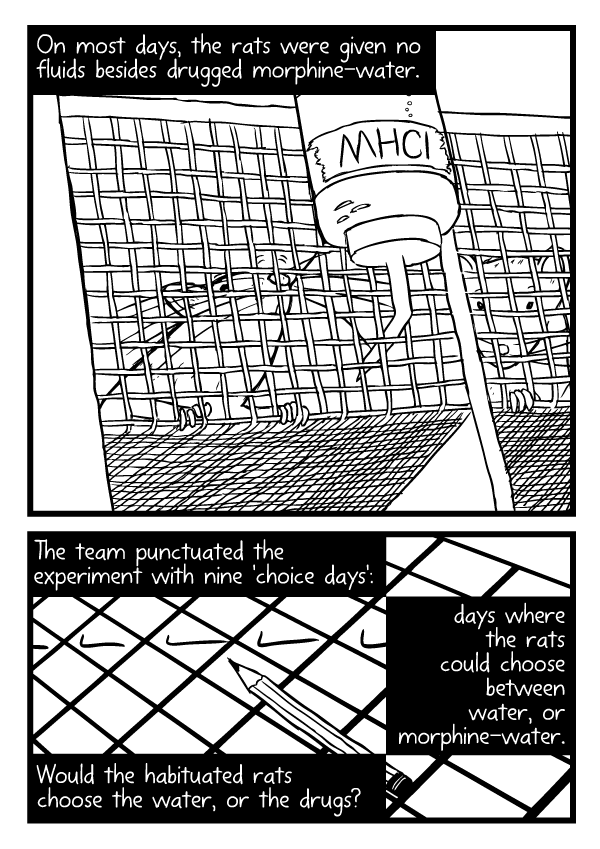 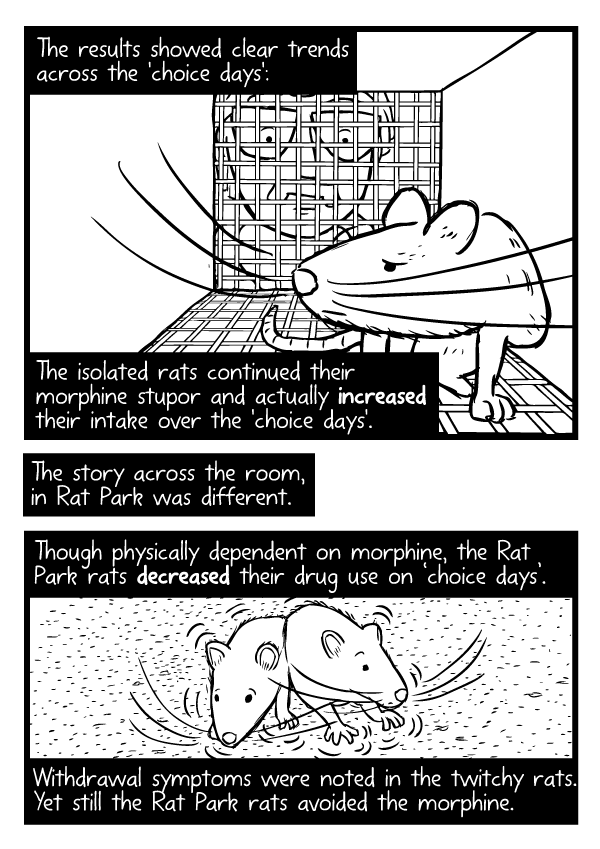 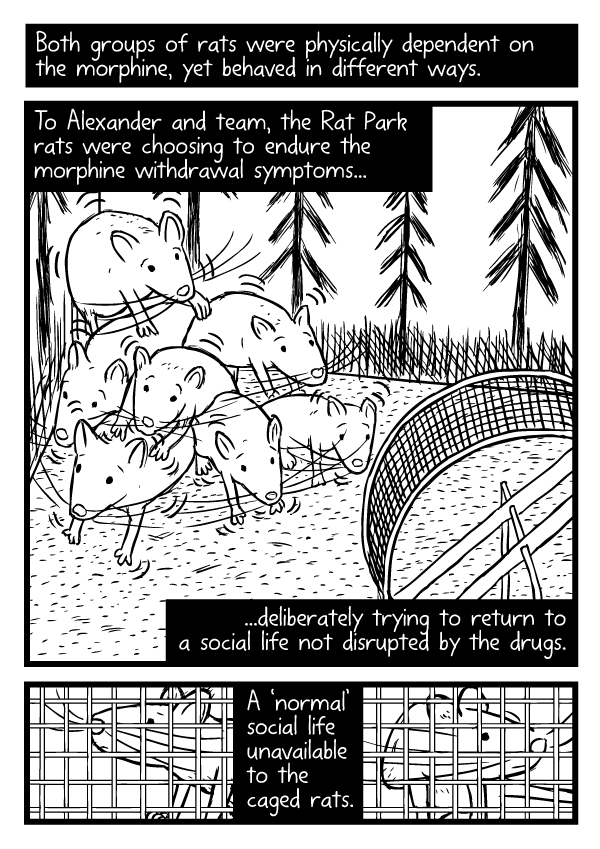 Even though my artwork routine was disrupted, I tried to make the most of my recent downtime.

On my first day as a Canberran, I became an ACT Library member, and started borrowing at a prodigious rate. Subject matter included obvious ones like graphic novels (The Complete Persepolis by Marjane Satrapi) and sustainability titles (Life Without Oil by Hallett and Wright), but also some more out of left-field (The Grapes of Wrath by John Steinbeck). Grist for my mill.

One of my favourite reads from this period is The Great Disruption (2011) by Paul Gilding. It is a book about the social-economic crisis which will soon occur as a result of climate change, peak oil and ecosystem exploitation. 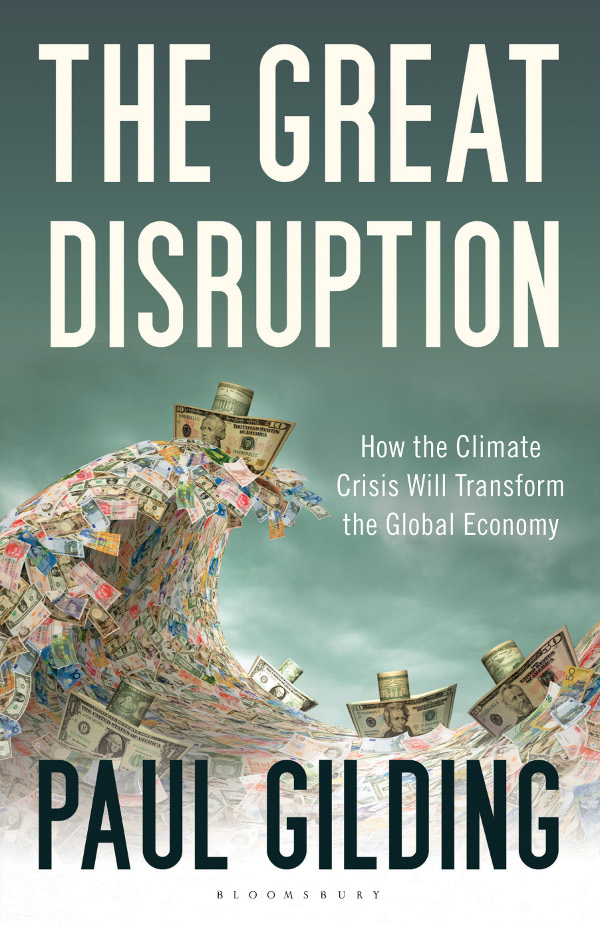 Paul Gilding manages to put a fresh twist on what, for me, is an old issue: I have been well-versed on these environmental problems for the past decade.

Gilding’s skill is rapidly moving beyond discussing ‘the problem’ (which he does in seven swift chapters) to the mass-rebuilding effort which will be necessary for our society. He acknowledges that our civilisation will face great hardships in this transition period, including much conflict and the inevitable deaths of billions of people – a fact he does not take lightly. However the core of his book outlines his rational evidence that we will overcome our destructive impulses and pull together to rebuild a world better than we currently know.

A large case-study which Gilding draws upon is the response of Allied nations to the Nazis in World War II. He points out that despite mounting evidence of the Nazi threat during 1930s, the Allies did not actively enter the war until the flashpoint of the Polish invasion in 1939: an example that social dynamics mean that change happens slowly at first, and then incredibly fast. Gilding compares this to climate change, which is a clear and undeniable threat, waiting for a flashpoint to mobilise a response.

And what a response it was! Gilding remarks upon the speed of Britain’s response, and the way the country turned on its head overnight. Suddenly the whole country was working together, working with a common purpose. Great sacrifices had to be made to the economy to continue the war effort, including food and petrol rationing. However public spirits remained optimistic and accepting of the necessary limitations imposed on their private lives. Importantly, despite decreasing material living standards (e.g. rationed food), UK civilian public health and social unity actually improved during World War II.

Though peak oil and other resource constraints will soon force our society to ‘take a haircut’ and rein in our consumption, Gilding is optimistic that this can largely be done in a way that avoids spiralling into chaos and conflict. 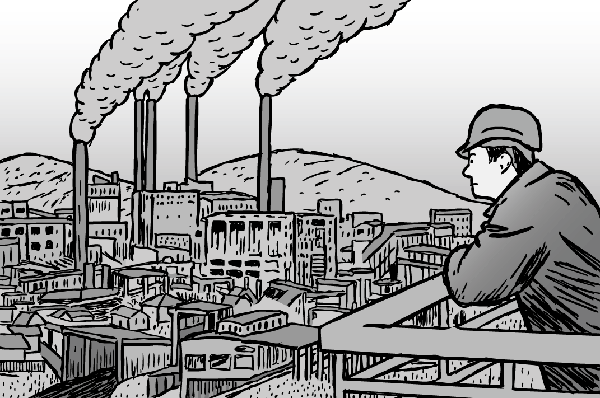 Reflections on my comics: my role as a ‘voice’

The Great Disruption also helped me to reassess my role as a voice within the ‘sustainability’ community. To date, a huge part of my role has been to communicate issues which are on the fringes of popular understanding. Examples include the linear nature of our economy, the efficient way nature builds itself, and the dangers of unchecked growth.

It has been frustrating trying to popularise these views while seeing society behaving in ways opposite to what is necessary. We are, for the most part, still a Type I system.

In his book, Paul reflects on the roles of the leaders and ‘voices’ of the sustainability movement, and the challenges we face in a world that continues not to listen. He argues that the mass-acceptance of our environmental and economic predicament will be sudden and swift. So far a few cracks have appeared on the dam of status-quo (e.g. people like Paul and I), but soon the wall will burst, and a flood of understanding will wash away the ignorance and denial.

I now see that the biggest role of the ‘green’ community is simply to keep our flame alive. It will take a crisis before the rest of society calls upon our knowledge, so our most important job is to keep our blueprints on the table until the politically impossible becomes the politically inevitable.

You can grab Paul Gilding’s The Great Disruption from your local bookshop/library, or from these affiliate links: new / used.