This blog post discusses the lessons that I learnt crowdfunding my comic Rat Park in 2012.

Firstly the good news: my Rat Park comic was successfully crowdfunded by 117 of my fans! It is a great feeling to know that so many of my readers care enough about my comics that they are willing to personally fund them. 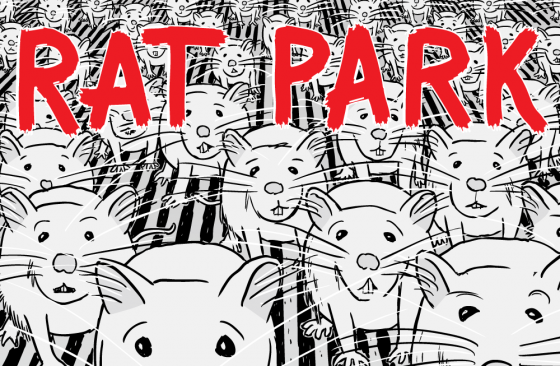 In short, it is great to have the support of paying fans keen for me to ‘do my thing’, and create Rat Park. I will not let you down!

What did I learn from my first experiences with the crowdfunding model?

My favourite ‘how to run a successful Kickstarter’-type guides are linked in the above bullet points.

If you want to read or listen to interviews with me talking about Rat Park, and my history as a cartoonist, check out the following: 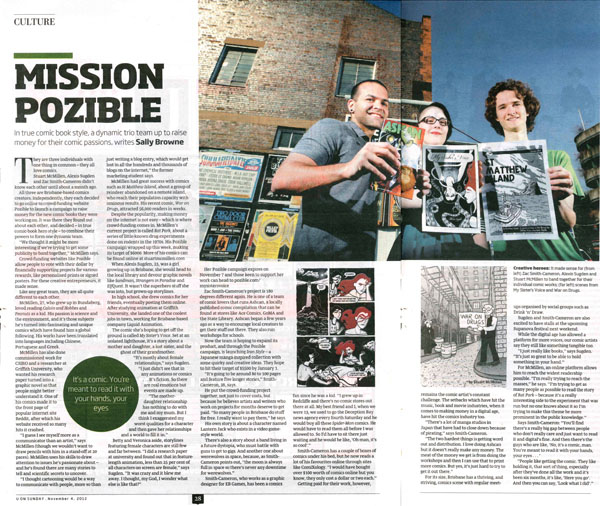 (Note the late publication dates of these stories. My campaign ran from 3 October to 1 November. This goes to prove the importance of arranging media coverage as early as possible!)

[...] comic was my first foray into crowdfunding content for my website. I was confident there was was enough credibility in the Rat Park story to warrant a full comic [...]

[...] supporters for the ‘radio silence’ on the progress of their comic. To recap: the Pozible campaign was successful, and I decided to extend the length of the comic from 28 pages to 40 pages. Script-writing and [...]

Glad what I wrote was useful! Let me know if you have feedback, or ever turn up in NYC and want a high five or a beer. :-) Now I have more cool comics to read, which makes life better. Congratulations!