Hitler Denial is my deliberate attempt to draw a comic about something topical.

Usually I swim contrary to the flow of the current. Discussing topics like Peak Oil, or overpopulation, which are not on the public radar. However, with Hitler Denial, I sought to release a comic that would be topical in the lead-up to the Paris climate summit in December 2015. 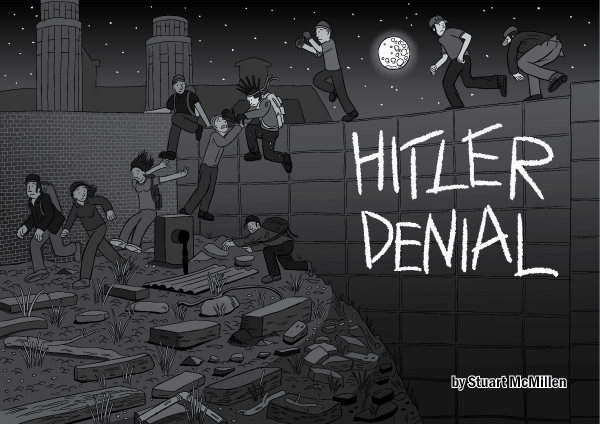 I often use my comics as a way to inform and educate my readers about the facts of an underlying issue. For example, Peak Oil is a 120-page attempt to comprehensively brief readers about fossil fuel depletion. It is ‘Peak Oil 101’.

I knew that I did not want to take this ‘Climate Change 101’ approach with my comic. Whereas Peak Oil is a topic that is poorly grasped by the public, climate change is something that the general public readily understands. Even if someone disputes the science, they can still explain the problem that the climate scientists claim is happening.

Explaining the premise of climate change in comic format would be a waste of my time. This is because ample explanations exist in the many books, films and articles that have been produced about ‘Climate Change 101’. There are plenty of well-written sources, for those who want to read them.

By adding to this volume of Climate Change 101 material, I would be doing nothing to expand the public consciousness of the issue. Furthermore, I would be playing into the hands of the so-called ‘merchants of doubt’, who continuously delay action on CO2 by disallowing the debate to get out of first gear.

I needed a fresh angle. 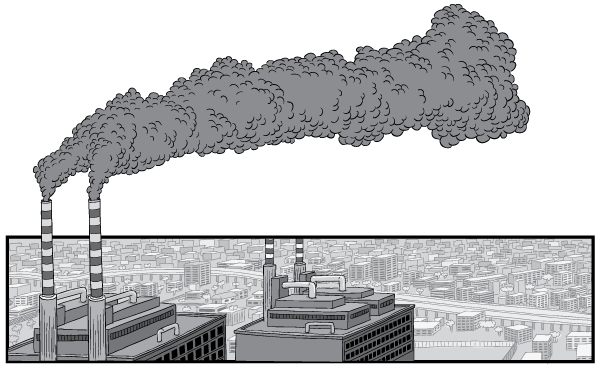 So I decided to draw a comic about climate change that does not even explain or debate the science. Hitler Denial begins framed with the working assumption that climate change is real, and we ought to be doing something about it.

Instead of struggling to get out of first gear throughout the duration of the comic, I immediately started in third gear.

This is the same approach that I used with my mini comic Jimi Hendrix vs. Your Climate-Denying Uncle, which I released in early 2015.

In my Making of Hendrix-Uncle blog post, I explain the reasons why I support the scientific consensus that human CO2 emissions are causing global warming. In a nutshell: more than 99% of peer-reviewed academic articles support this premise. I am, therefore, trusting the judgement of the scientists who are experts in this area. Read the blog post for a fuller explanation.

My approach: the cultural psychology of inaction

I decided that the key question is: why are we not acting upon the knowledge that CO2 emissions are causing global warming?

In other words, the problem is less about atmospheric science, and more about human group psychology. The psychological and cultural forces that prevent us from responding to existential threats.

I sought a historical analogy that would parallel our predicament, and offer a glimpse of hope.

I have read many books about global warming, fossil fuel depletion, and post-growth economics. In reading these books, I noticed that World War II is an analogy that is referenced by many authors.

I discuss the limitations and merits of World War II as an analogy for climate change in a separate essay, which I encourage you to read.

As you will see in my essay, I am aware of the limitations of the analogy, but feel that it is a useful comparison overall. 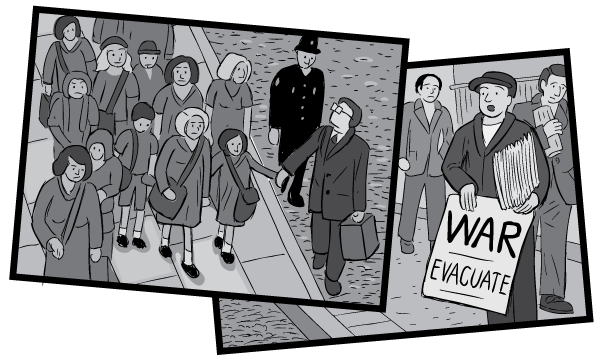 Reframing the “inevitability” of history

From our 21st century vantage point, it seems so obvious that Britain would enter World War II in 1939, and that the Allies would declare victory in 1945.

Hitler was destined to be defeated, right? 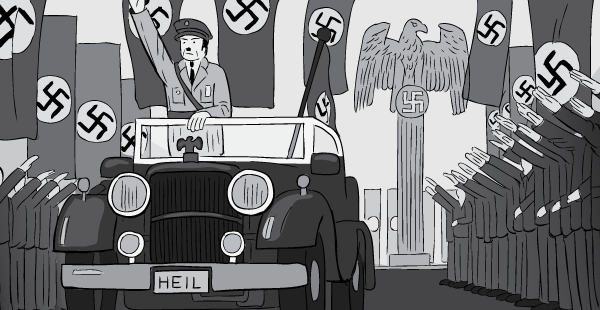 In reality, that was not always an ‘obvious’ and ‘inevitable’ fact.

Indeed, to a person contemplating the future in 1938, that sequence of events was not at all obvious. To an average Londoner in 1938, it would be unfathomable that just two years later in 1940, their country would be engaged in total war against Nazi Germany. That they would be employed in round-the-clock factories producing the hardware to fight the war.

Today, when imagining a response to stop climate change, we view the possibilities through the same fog as the 1938 person contemplating whether Britain will ever act to stop Hitler.

From our vantage point in history, in 2015, it is inconceivable that world leaders will act to meaningfully curtail CO2 emissions. The current proposals are so limp, that they essentially allow business as usual to continue.

Stopping Hitler was once inconceivable also. And then, suddenly, we were fighting him.

My hope is that once the ‘dam’ of denial bursts, like British people at the dawn of World War II, we will suddenly find our society’s efforts being re-routed into solutions that combat CO2 emissions.

The industrial economy: toggling between ‘expansion’ and ‘consolidation’ modes

Our industrial economy is a hugely powerful force. It is the force that has rocketed our living standards during the last 200 years. It clothes, feeds, transports and houses us.

It is also the force that is depleting our natural resources, and spewing pollutants into Earth’s ecosystems far faster than nature can absorb.

Our atmosphere is an example of a ‘sink’ that is overflowing from the excess carbon dioxide that we have dumped into it. The carbon that was recently buried deep underground and locked into fossil fuels is now forming a thickening blanket of CO2 above our heads.

I propose that the future thrust of our economy can no longer be one of expansion. It has to be one of consolidation, and of efficiency. Instead of using our economic effort to expand humanity’s territory further and further outwards, we must focus our effort inwards and begin a process of radical resource- and energy-efficiency. 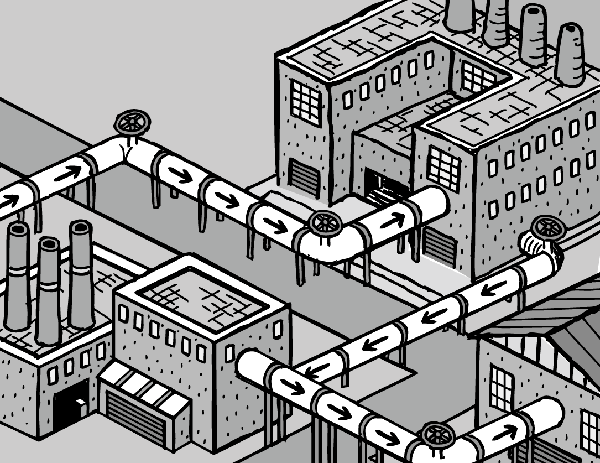 In a way, we are fortunate that our current industrial economy is so wasteful and inefficient. This waste provides us with many opportunities to ‘tighten the nuts’ of our economy. In the words of my hero Buckminster Fuller, by focusing on efficiency we can “do more with less”.

This is a concept that I partially outlined in my 2012 comic Type III, which is about ‘industrial ecology’. However, it is a topic that I have yet only partially explored through my comics. I will discuss these ideas further via comics on Buckminster Fuller and Herman Daly that I will include in my upcoming book Thermoeconomics (2017).

Please help me to draw more comics like Hitler Denial by joining my recurring crowdfunding campaign.

If you liked Hitler Denial, I can guarantee that you will appreciate the future comics that I am creating. Particularly the four comics about post-growth, post-fossil fuel economics that I will collect in my upcoming book Thermoeconomics (2017).

No matter when or where you read this blog post, be aware that I am continuously creating new comics. It is never too late to help fund my work.

The video below is my 3-minute pitch to encourage you to join my crowdfunding campaign!

The Fifth Estate | Road to Paris: Hitler Denial, a cartoon in 36 pages

[…] in the first of two blog posts on the latest cartoon, McMillen explained why he set the comic in the time of […]