This is essay 1 from a 7-part series expanding the ideas from my comic Energy Slaves, about Buckminster Fuller’s insights into human energy consumption.

I have recently published my comic Energy Slaves, which is about Buckminster Fuller’s views on humanity’s energy usage. Specifically, it is about the number of invisible ‘slaves’ that perform work on behalf of us to sustain our lifestyles. These abstract workers are the ‘energy slaves’ that form the title of the comic.

I use Buckminster Fuller as a starting point for a bigger discussion about humanity’s use of energy and fossil fuels. The comic also drifts into other areas that fall outside the topics that Bucky himself wrote about. For example, I begin talking about the concept of society’s ‘net energy’ use.

With this Energy Slaves reflections essay, I will unpack some of the interrelated ideas that sit behind my ambitious comic. 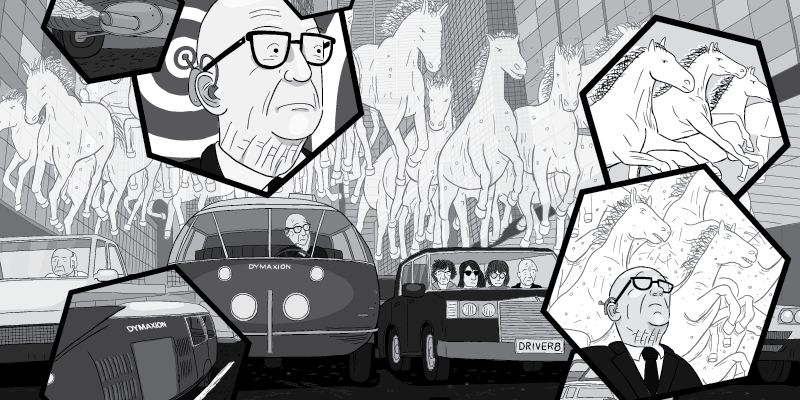 In my Energy Slaves comic, I touch upon the imaginary ‘energy slaves’ that do work on behalf of human beings. They are ‘hidden in plain sight’, because they make our lifestyles so effortless. We only notice the ease of our modern lifestyles when the energy slaves disappear during a blackout, a breakdown, or a fuel shortage. 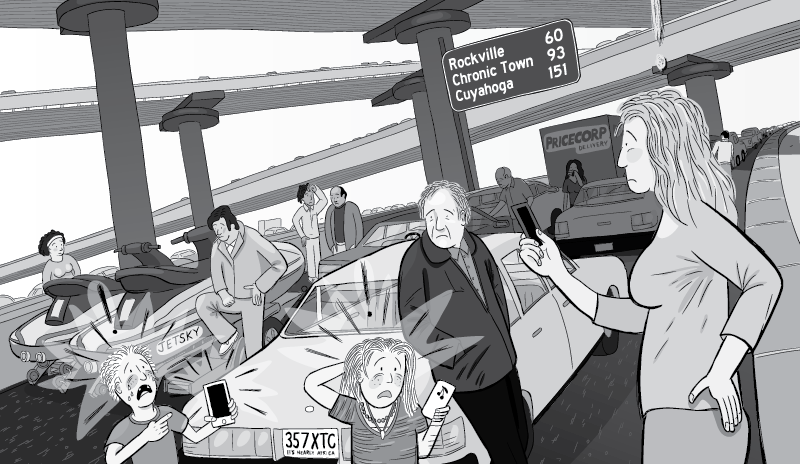 Buckminster Fuller thought that it was important to humanise the energy that we use in our daily lives. Units like ‘kilojoules’ and ‘megawatts’ are too abstract for people to imagine, in a palpable sense. By comparison, we all know what it feels like to have spent an hour jogging on a treadmill.

We know what it feels to have spent an hour shovelling soil in a garden.

Once we begin thinking about electricity and fossil fuels as though they are units that replace human labour, we start seeing the world differently. Suddenly, we imagine the invisible people who are hoisting our elevator to the top floor, or the frantic chef who is thrashing our banana milkshake into its frothy glory.

Seeing the imaginary workers serving humanity in this way, we ask ourselves:

Humanising our energy encourages us to ask big questions like these. 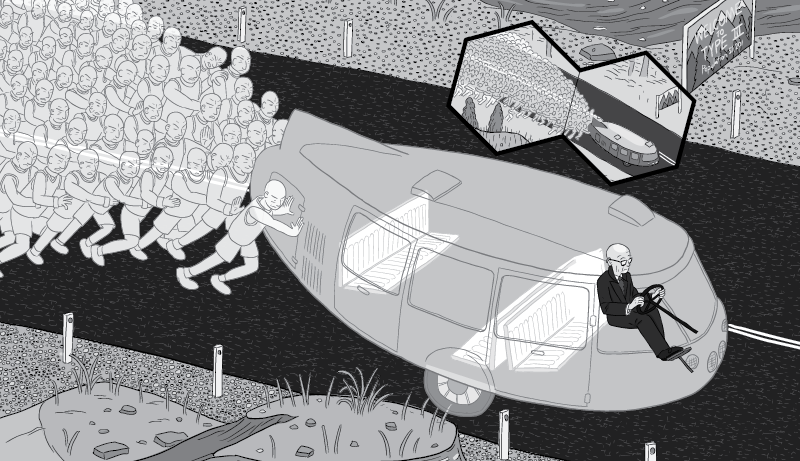 In the next essay in this series, I describe how human effort has been bolstered by fossil fuels. Whereas our ancestors were once both the mind and muscle that influenced their physical world, today, we are essentially just the mind.

The mind, but not the muscle: understanding Energy Slaves

Did you know that an entire year of typical human exercise only equals the equivalent of 14 litres of gasoline (petrol). Energy powers our human lifestyles. Essay 2 / 7.