crowdfundstu.com
Powered by energy: the many layers of civilisation

This is essay 5 from a 7-part series expanding the ideas from my comic Energy Slaves, about Buckminster Fuller’s insights into human energy consumption.

Nate Hagens, Adjunct Professor at University of Minnesota, is one of the most eloquent thinkers on the topic of ‘net energy’. I described this concept of ‘net energy’—a.k.a. ‘Energy Returned on Energy Invested’ (EROEI)—in my previous blog post in this series.

Nate’s 2017 talk Blindspots and Superheroes is worth watching in full, because of its clearly-expressed explanations of our predicament.

Obviously, both the cheetah and human civilisation needs a ‘net energy’ ratio that is greater than break-even. We need an EROEI ratio that is above 1:1.

The next question that we must ask ourselves is how far above 1:1 does our civilisation’s ‘net energy’ ratio need to be?

How low can we go?: the minimum ‘net energy’ ratio needed for civilisation

Why does EROEI matter? Who cares if we used to be at a ‘net energy’ ratio of 100:1, and now we are at less than a third of that? Surely anything above 1:1 is OK, right?

The stark truth is that complex human civilisation needs a net energy ratio that is healthily in excess of 1:1. I will discuss this further below.

How low can we go? The exact minimum ratio is a point of debate. Systems theorist Charles Hall thinks that 5:1 is a likely minimum ‘net energy’ floor that complex civilisation needs to survive. But there is a risk that the true minimum might be closer to 10:1, with human civilisation splintering at an early point. (See page 28 of Searching for a Miracle – page 35 of the PDF).

The reason that we need a generous minimum ‘net energy’ ratio is that our civilisation has many layers above a mere subsistence existence. Allow me to explain what I mean by this.

The many layers, the many limbs of civilisation: all powered by energy 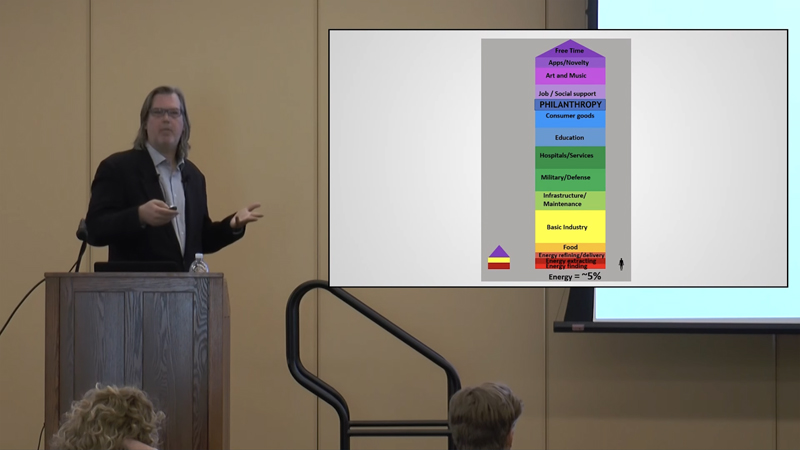 Screenshot: from the 11:14 mark of Nate Hagens’ talk Blindspots and Superheroes.

Our modern economy prospers because of an abundance of energy slaves that do work for us. They drive our tractors, they power our air-conditioners. They hurtle jumbo jets through the air, carrying deliveries of freshly-made iPhones. 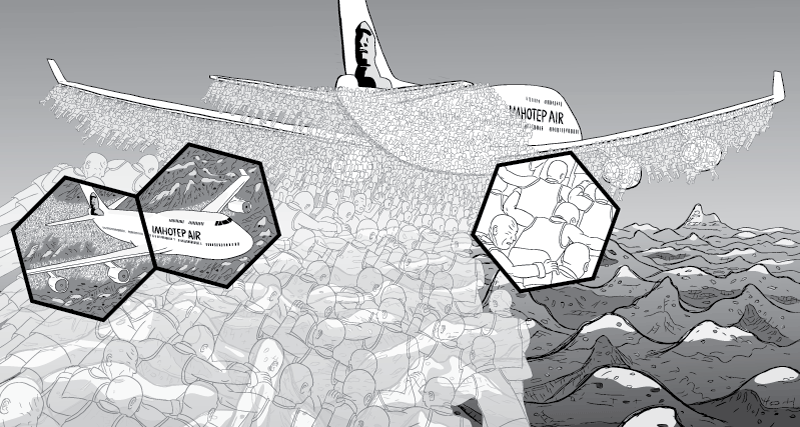 Get this: we have so many energy slaves that we can afford to run the International Space Station. As a collective society, we choose to use some of our excess energy slaves to put human beings into orbit. Right now, as you read this text, there are people currently orbiting Earth, as well as a whole team of Earth-based support staff, purely because of the ample availability of energy slaves. 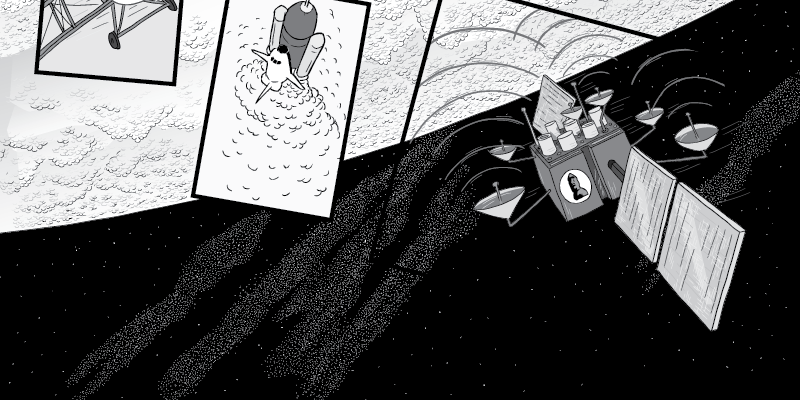 But is is not just outlandish things like space programs that are possible because of energy slaves. Cheap, ample energy allows us to knit together our society in other ways. We have used energy to create national health and education systems. We use our spare energy to make consumer goods like dishwashers and toasters. Energy slaves give us the ability to enjoy free time and leisure. 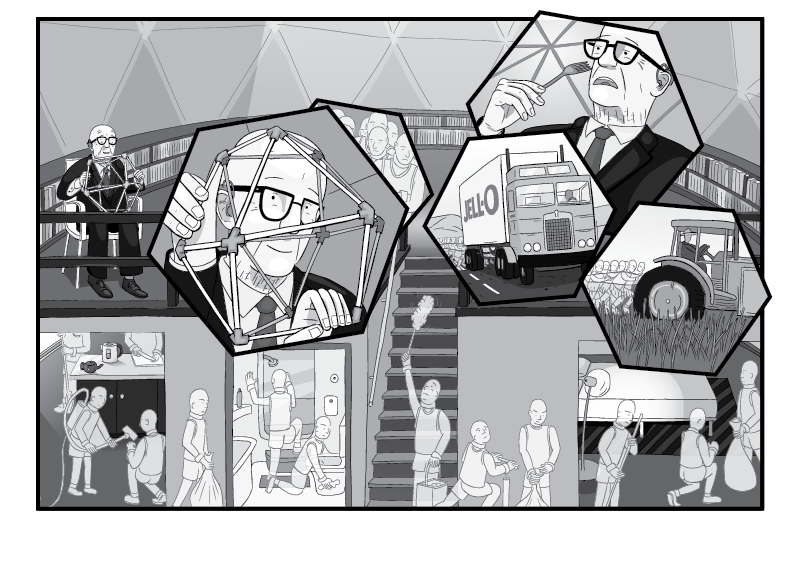 Hell, an abundance of energy slaves allows me to sit indoors and be a cartoonist as my primary occupation, without having to worry about growing my own food or gathering my own energy. Spending the day sitting around doing deskwork is only possible because of the energy slaves that feed and serve us.

The problem is that as our ‘net energy’ ratio slips lower and lower, we have fewer and fewer energy slaves left over for those other layers and limbs of our civilisation. 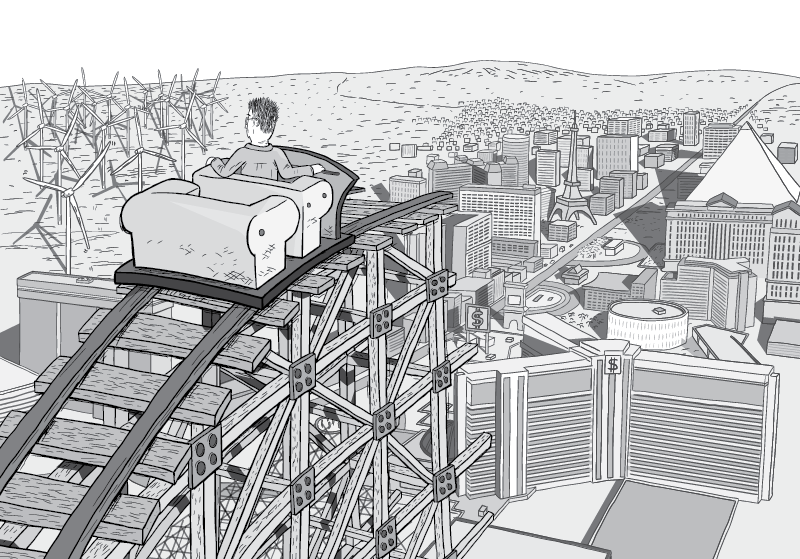 The big question as fossil fuels decline, and our net energy ratio declines is: can we afford to continue with these extravagances? Will we have enough excess energy slaves to allow us to air freight snap-frozen blueberries across the globe? Will we have the spare energy slaves to maintain our network of bitumen roads that were constructed in the 20th century heyday of petroleum? Will our sprawling suburban lifestyles, dependent on cheap energy available to fuel our cars, be able to continue? 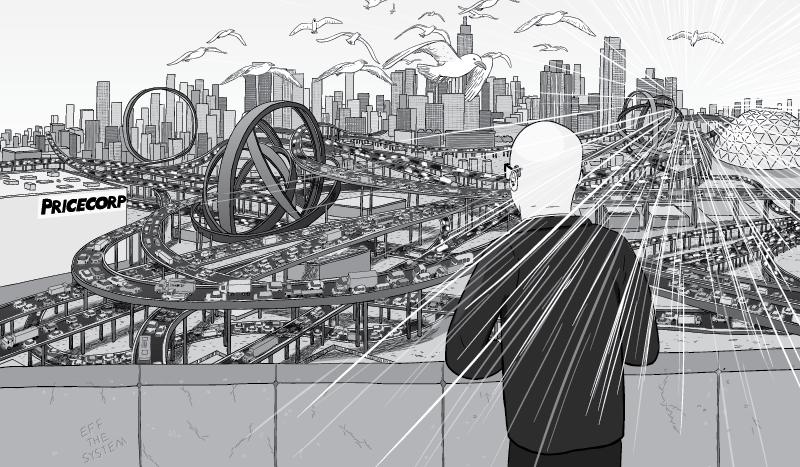 Some commentators wonder whether the 20th century was the all-time high point of human energy availability, on a per-capita basis. A once-off apogee that we will see distantly fading in our rear-view mirror.

I am not sure whether or not I agree with those who think that we ‘peaked’ in the 20th century. It is almost certain that we are in the midst of humanity’s fossil fuel peak. The next question is whether we can harvest solar, lunar, and geothermal renewable energy, at a rate that approaches fossil fuels. As I suggest at the end of my Energy Slaves comic, the answer to that question will depend on how we choose to invest today’s energy slaves, while we are still in this period of energy abundance. If we leave our transition too late, we may not have the energy slaves to construct the renewable systems that we need to power ourselves.

At the very least, I released my Peak Oil and Energy Slaves comics to give pause to those who assume that our industrial civilisation is automatically getting better. ‘Human exceptionalists’ who think that ‘progress’ means that we are destined to overcome every problem that we face. Rather, I think that there there are subtle—but, fundamental—factors at work beneath the surface that threaten to undermine the entire basis of our civilisation.

We would be wise to evaluate our situation with eyes wide open, without resting or our laurels, or blindly trusting how ‘clever’ we feel.

Our lifestyles require vast amounts of energy. Will we be able to transition to low-energy alternatives that provide similar levels of happiness and satisfaction? Essay 6 / 7.

How many invisible "energy slave" workers does it take to fuel our modern lifestyles?