Most people think about the environmental benefits of using worms to compost household food scraps. I wanted to highlight another benefit of home composting: document destruction.

The potential for identity theft from discarded letters

Many of us are still blasé with the way we destroy mail and sensitive documents. Until recently I would simply throw unwanted mail into the recycling bin, with little concern about the potential for interception by identity thieves. I’m sure there is a lot that identity thieves could do with access to our old bank statements, bills and other pieces of correspondence. Even seemingly innocuous things such as a full name or a postal address can be pieced together into a larger jigsaw of information about a person. 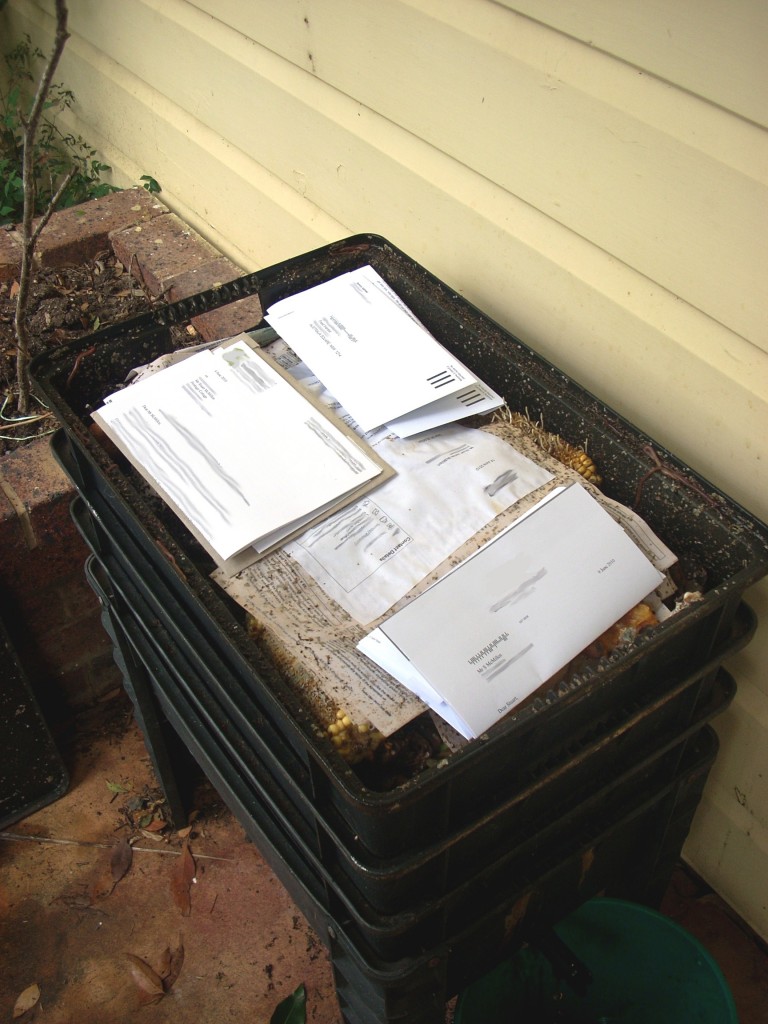 Compost your sensitive documents in a worm farm

As well as destroying your documents, you will also be helping the health of your worm farm. While everyone knows that worms can eat through fruit and vegetable scraps (“nitrogen” ingredients), worms also need to be provided with drier, aged matter such as paper (“carbon” ingredients). Give the worms a balanced diet by adding your sensitive paper documents to the worm farm.

And to get the whole thing going nicely, why not pour some liquid worm castings over the paper. That ought to deter all but the most determined identity thieves! The documents will be comprehensively composted before long.

(Look at the older paper underneath the fresh letters in the above picture for an example of a document that was added less than a week ago. If you tried to peel apart the damp pages of that old lease agreement, they would tear apart in your fingers). 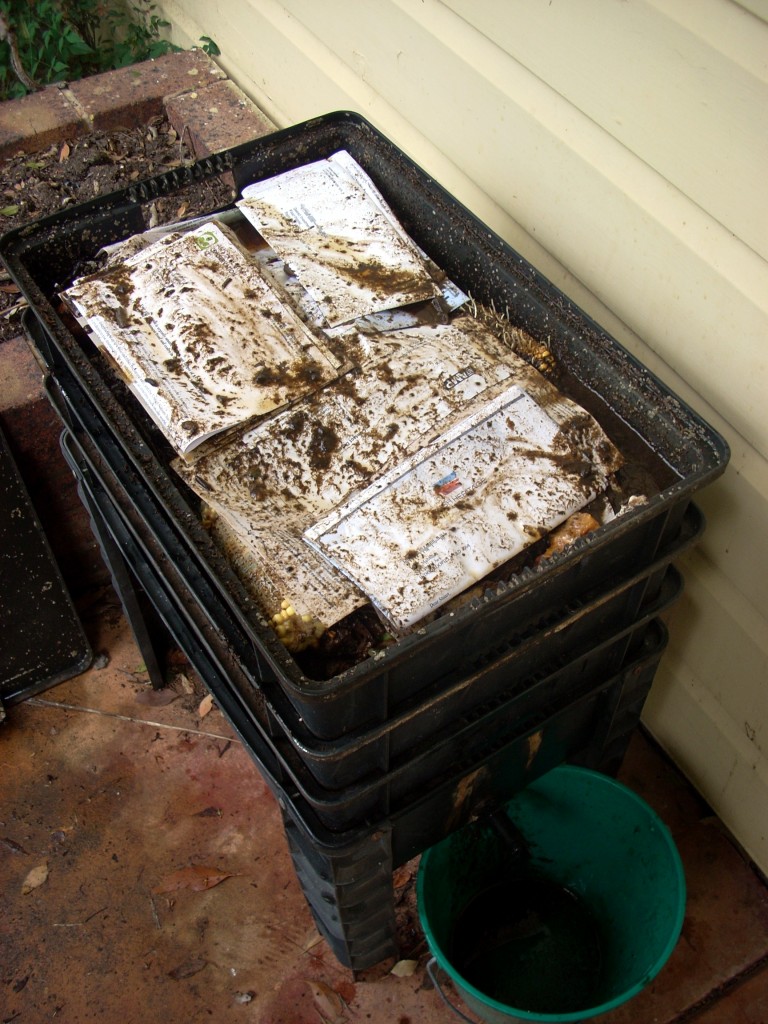 How I got started with worm farms 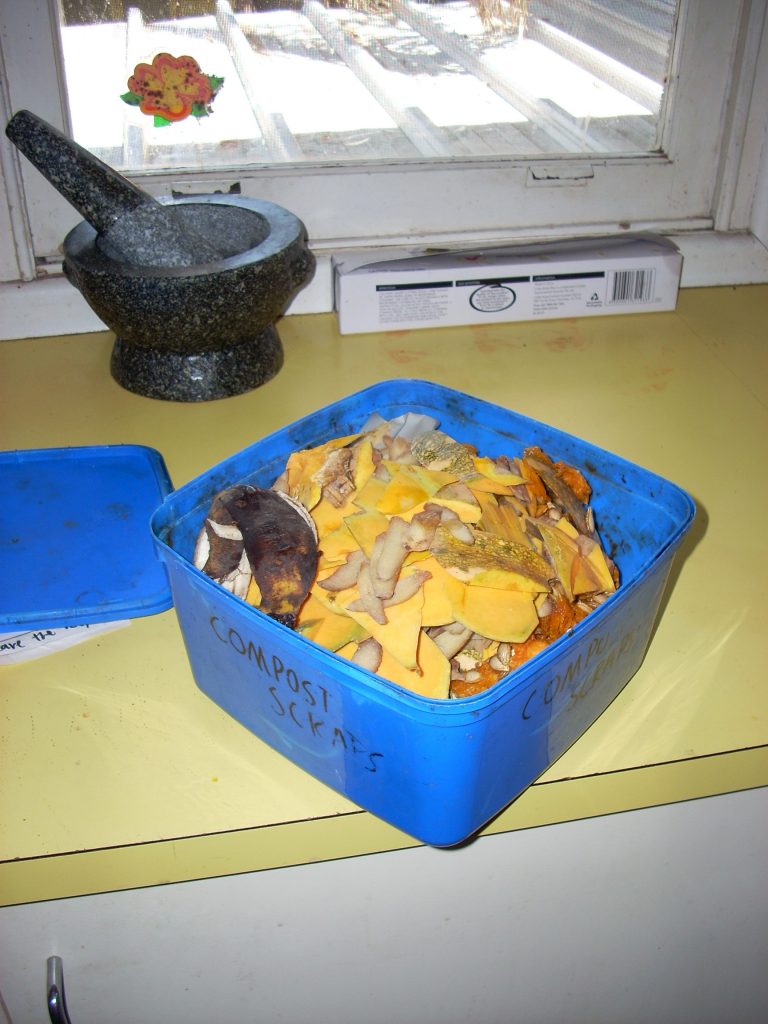 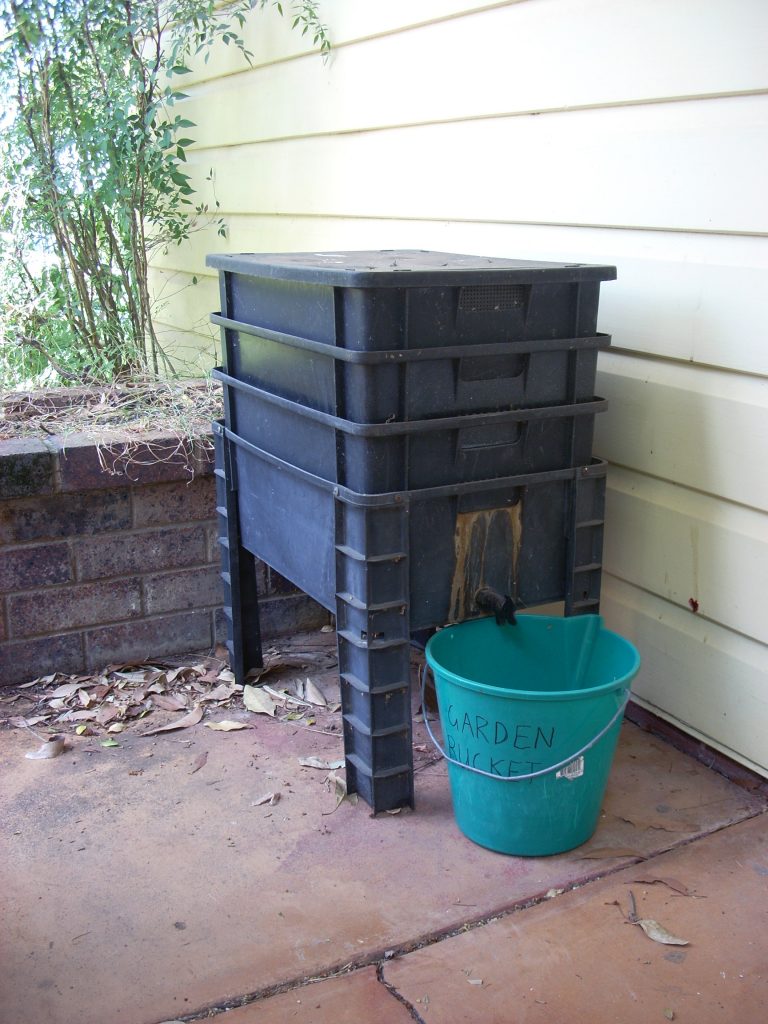 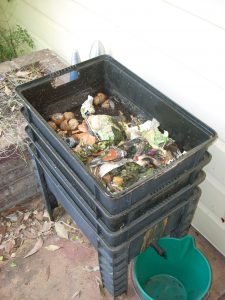 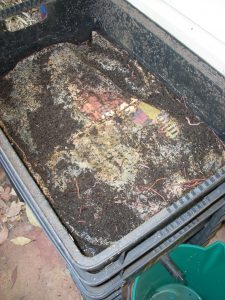 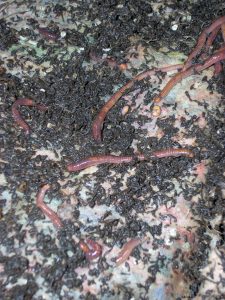 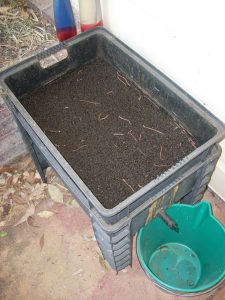 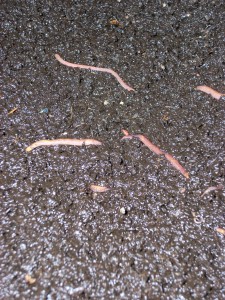 I must mention how efficient these little decomposers are. I have had my worm farm for more than 12 months, and have continuously introduced fruit and vegetable scraps to the system. Despite the many kilograms of waste that I have fed my worms, I have not once had to remove any solid compost from the system. The only chore that is involved with operating my work farm is draining the excess liquid from the bottom of the system about once per month (there is a tap provided for this purpose). The ‘worm tea’ that comes from this tap makes an excellent fertiliser, and in fact is so concentrated that it must be heavily diluted before being applied to the garden. This worm tea contains a rich array of microbes, and is one of the best ways to add nutrients to a garden. 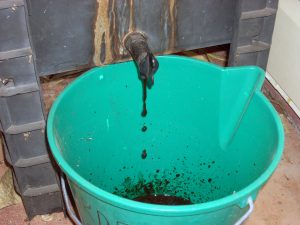 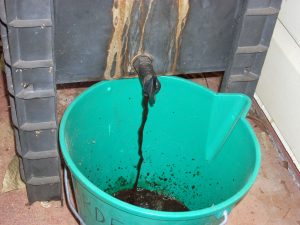 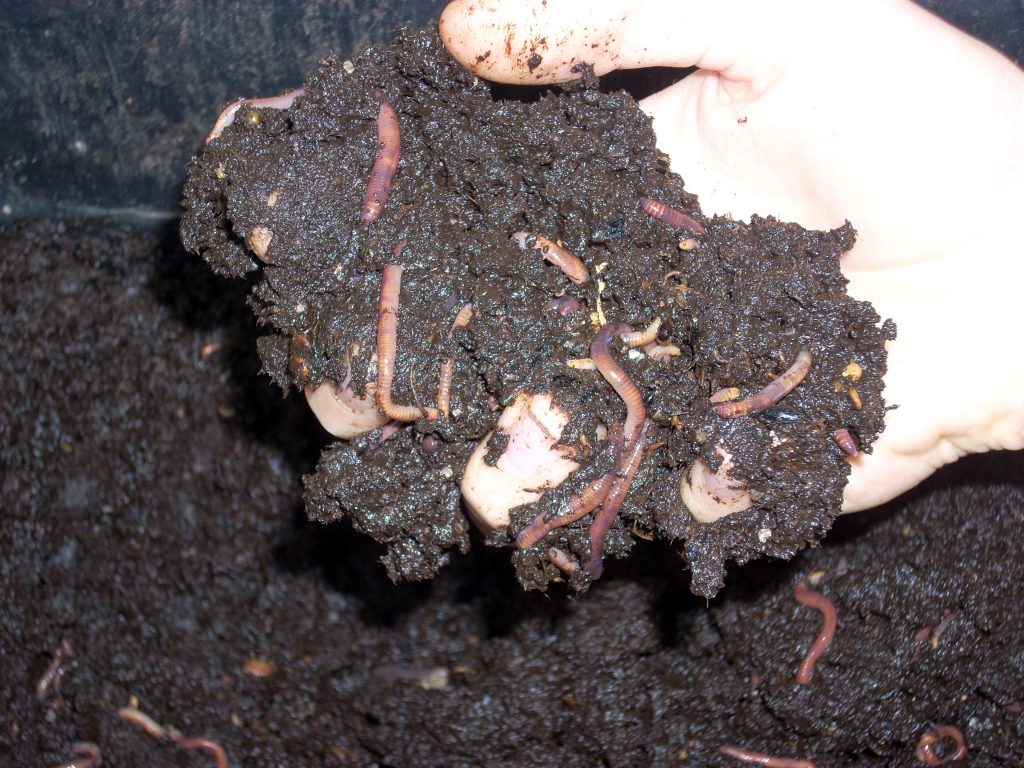 Home worm farm units can be purchased new for around A$80. They can be bought second-hand even cheaper. There are also many great DIY resources available on the internet that explain how to construct worm farms/compost systems from bought materials.

Occasionally worms will move from the bottom feeding tray to the liquid collector tray and are unable to return back to the surface. A good tip is to put a brick or upturned ice cream container inside this collector tray, so that the worms can easily climb out again. 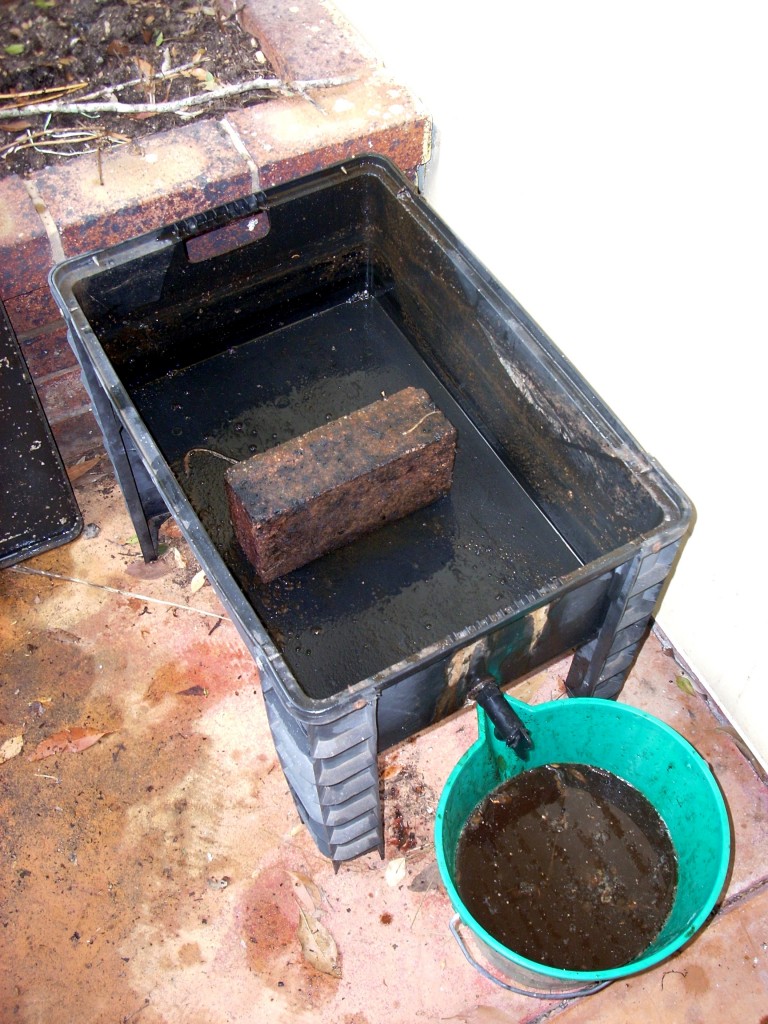 I’m seriously impressed by the amount of food that the worms have eaten through. Instead of asking for the usual round of consumer goods for your Christmas present this year, why not take a side-step and set your sights on a worm farm?