It’s coming up to the 12 month anniversary of the establishment of Green Drinks Brisbane, so I thought I should publish some insights into the event.

Green Drinks is one of the simplest and best ideas there is. It is a regular night where people interested in sustainability, environmentalism and similar topics meet at a bar and talk to each other over drinks.

Green Drinks happen in hundreds of cities internationally, and are extremely decentralised and localised. Each city’s event is organised by a local resident who is super-enthusiastic about the idea of starting a Green Drinks event in their region. I can only speak from my experiences at Green Drinks Brisbane, but I’m sure the characteristics of the cultures, climates and venues from all around the world lead to very different events.

Initially helped by the like-minded Holly and Morgan for our first event on Tuesday 24 March 2009, I soon became the sole organiser of Green Drinks Brisbane. Being the coordinator is an easy gig, but also a very rewarding one. As an organiser you just need to make sure the bar is booked, make sure the reminder emails go out on time, and make sure to be the first person at the bar on the night. Other jobs crop up, such as collating a ‘contact details sheet’, organising dorky name tags/stickers for attendees and creating event listings on social networking sites, but these chores are easily handled. Sure beats spending the evenings watching ‘Deal or No Deal’! 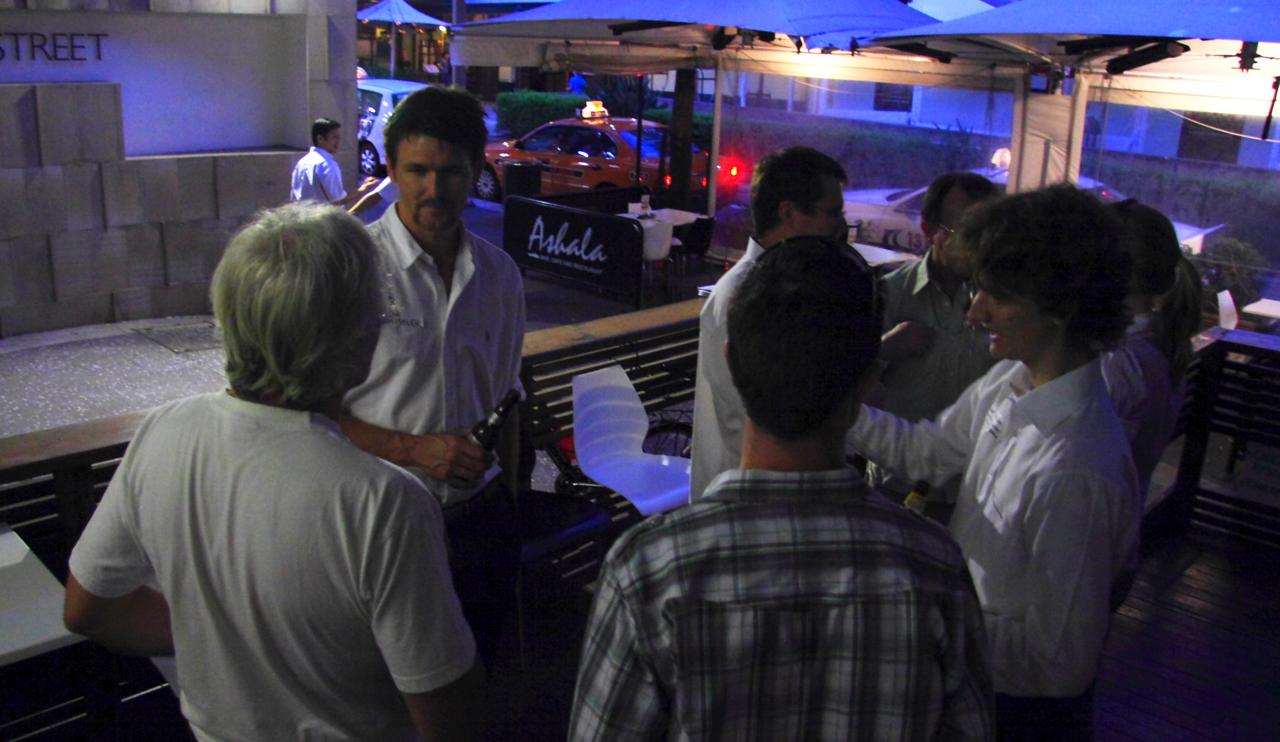 Getting the event started out took some time, effort and tenacity; as I was keen to attract as many people from as many organisations around Brisbane. This ambition meant scouring the internet for people and companies that I could invite – exhibitor listings at events like Greenfest were a great starting place. It was worthwhile casting a wide net, as the event feels like an ‘open’ night that is not dominated by cliques of individuals from certain groups.

Normally at least a third of attendees are first-timers, which adds a great freshness to the evenings, and stops things from becoming too familiar. There seems to be an unwritten rule to regularly circle the room and talk to people that you have never spoken to before! 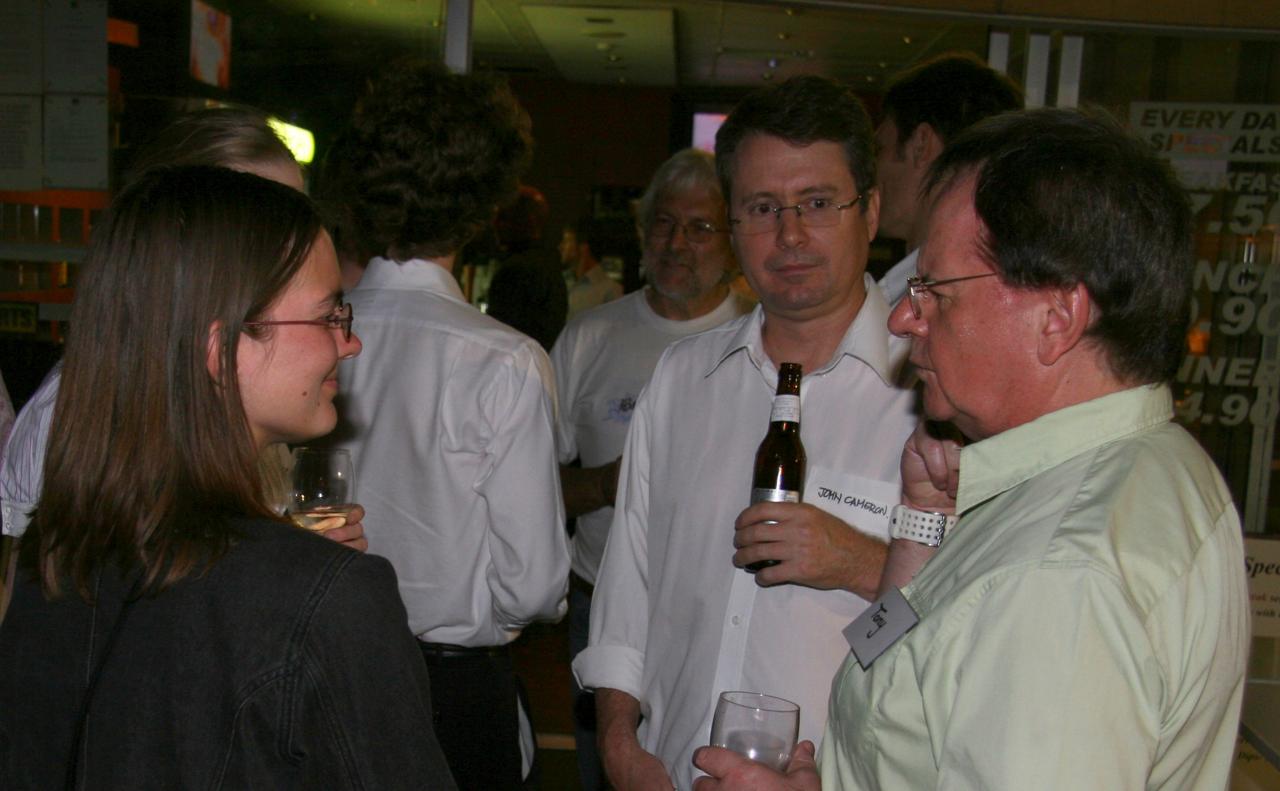 One of the most positive things about attending the events is gaining insight into the range of people that are concerned about environmental sustainability in the modern context. They are certainly not the ‘long-haired hippies’ that envrionmentalists were painted as through outdated stereotypes. The event attracts people from fields as diverse as architecture, engineering, financial planning, fashion, town planning, politics, marketing, science, and many more. Cross-pollination is great, especially when it happens with interesting people who are doing things to address a problem.

It is great to look around the room to see dozens of people in conversation and think “these people may never have met each other if it wasn’t for this event.” I couldn’t be happier about the way the events have turned out so far, and will keep organising them well into the foreseeable future.

Hi Stuart, just found this old blog post of yours, which was of interest to me given I've recently taken over as coordinator of GDB (Green Drinks Brisbane). Maybe we'll bump into each other in '16. Cheers!

Hi StuartCongratulations on the first birthday of Brisbane's Green Drinks. I've only been to a couple of nights but each time I certainly do meet people I wouldn't have met before, including making contacts that could be of value to me professionally. I'll make as many as I can in 2010.P.S. The name tags may feel a little dorky at first but once they're on, they can help break the ice and importantly, lock someone's name into your memory to avoid that little embarassing moment next time you meet them!