This month I celebrate ten years as a volunteer organiser of Green Drinks. In this post, I reflect upon my story as a Green Drinks organiser.

Green Drinks is an informal networking event where environmentally-minded people meet over social drinks. It was started in London in 1989, and currently exists in over 500 cities globally, with international events coordinated through greendrinks.org.

Deciding to volunteer: my involvement with Green Drinks

I first read about the Green Drinks concept in 2008, learning about how it had chapters in international cities like London, Paris, and Chicago.

The idea struck me as a simple and interesting way to meet like-minded people working in the environmental space – particularly as I was hoping to move to a ‘green collar’ job in the sustainability sector. However, a quick search of greendrinks.org revealed that my town was not on the list of cities with its own local Green Drinks chapter.

After dwelling on the idea for a few months, I decided to “be the change that I wanted to see”, and contacted the international team to ask if I could be the local Green Drinks organiser in Brisbane. (Note: this was an important early act of volunteering initiative that would later inspire me to serve on various other organising committees for other community organisations in subsequent years).

The formation of Green Drinks Brisbane

The international coordinator, Edwin Datschefski, told me that two other people had recently expressed interest in organising a Green Drinks event in Brisbane. So I decided to join forces with the others – Holly and Morgan.

We walked the streets of Brisbane, looking for appropriate venues that could host Green Drinks. We asked pub managers if they would be able to accommodate our group by offering small incentives, such as a reserved area for our group, or the provision of free potato wedges and chips.

Since we were proposing holding Green Drinks on the usually quiet night of Tuesday, several of the pubs recognised the benefit of giving us little incentives such as these, to recognise that we were bringing them extra patrons on a weeknight.

After choosing a venue, the three of us invited as many of our environmentally-minded colleagues as possible. And reached out to sustainability-themed organisations, including exhibitors who who had recently exhibited at the ‘Greenfest’ event in Brisbane’s Botanical Gardens. The idea was to cast the net as wide as possible, and invite a crowd through word-of-mouth.

One afternoon, I quickly drew a logo for the event using pen and ink.

Our first event was on Tuesday 24 March 2009, in a now-closed venue named Ashala Bar at 138 Albert Street near the Timezone arcade. We had roughly 25 people at our first event, and settled into a monthly groove from that point onwards. Here are some photos from that original Albert Street location, taken in October 2009: 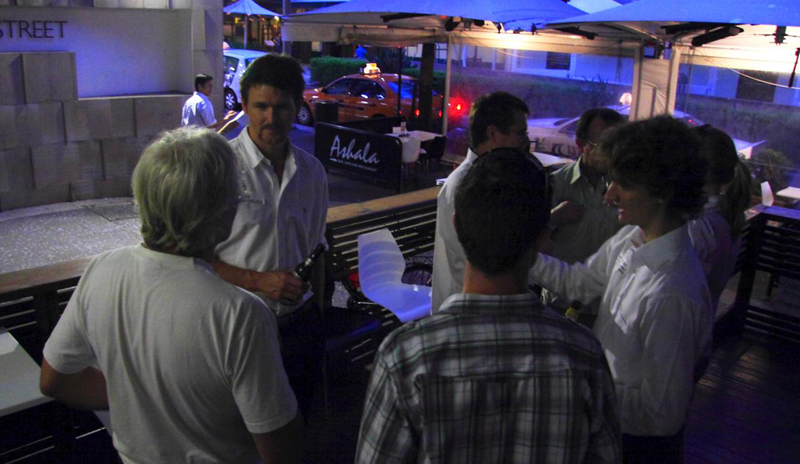 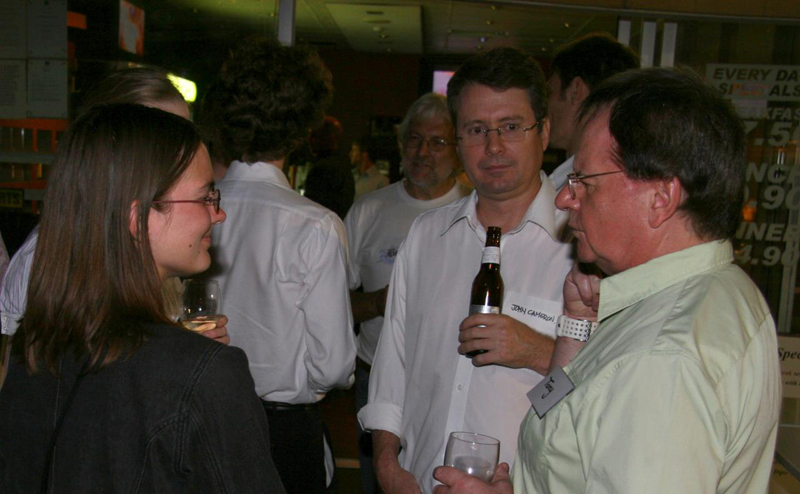 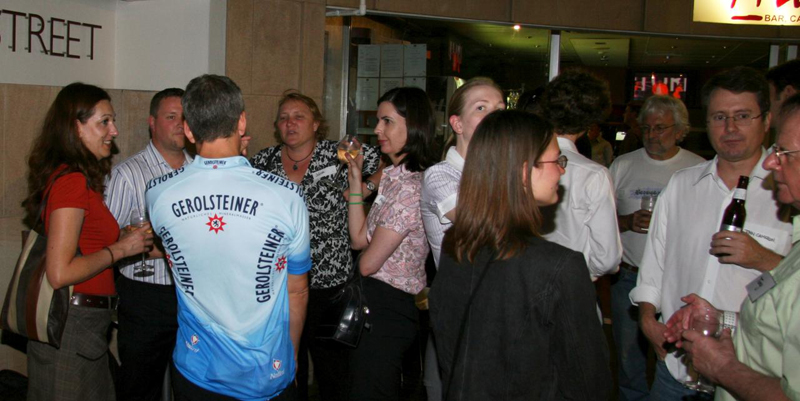 Life as an organiser

On one hand, the role of an organiser is quite easy and straightforward. You need to be the one who decides the dates and times of the events, books with the venue, and informs the membership base via website, email newsletter, and social media. It helps to give as much notice as possible, and to send timely reminders about upcoming events.

Learning to master both the ‘back-end’ logistics of scheduling events, as well as the social skills of hosting Green Drinks events have been worthy personal development projects over the last 10 years. I find that acting in the ‘role’ or Green Drinks organiser gives me a quiet confidence on the night, one that makes me feel comfortable and purposeful.

Oh, and it helps to bring along some sticky name labels for people to attach to their shirts. This simple act allows the guests to freely mingle with each other, without the worry of forgetting someone’s name.

My move from Brisbane to Canberra

After four years of organising the event, I moved from Brisbane to Canberra in 2013. Coincidentally, my move aligned with the former host of Green Drinks Canberra leaving town. So I was able to inherit the Canberra mailing list, and immediately continue in my role as Green Drinks organiser – in a new city.

Although my Brisbane and Canberra events were both purely freeform networking, since 2016 my Canberra events have featured guest speakers as a monthly drawcard. The monthly speaker talks for 10-15 minutes on their topic, with opportunity for Q&A afterwards.

Featuring a monthly speaking gives each event a certain theme, and is a way to encourage people to keep coming month after month. We have had speakers on sustainable architecture, going ‘plastic-free’, the security implications of climate change, light rail as a transportation solution, and many many more topics that are listed on our website.

The Canberra event was originally at local brewpub the Wig and Pen, until that venue closed for relocation in 2014. Since then, I have hosted Green Drinks Canberra at King O’Malley’s Irish Pub, near the Civic Bus Interchange on the second Tuesday of each month.

Here are photos from recent events in Canberra: 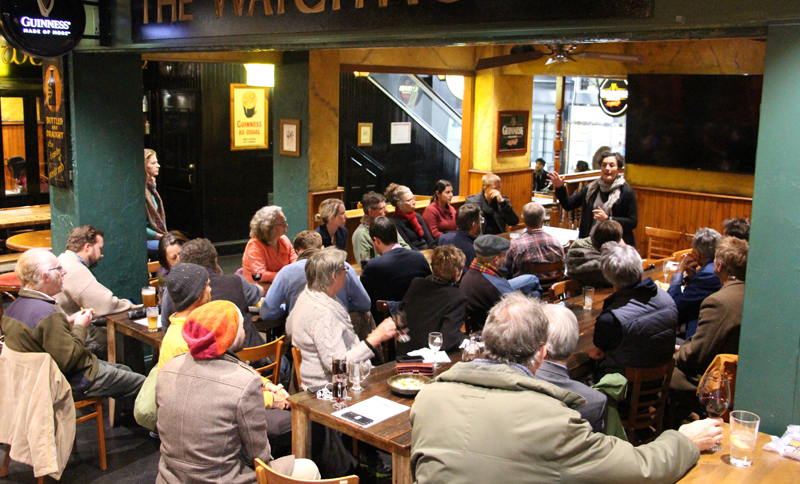 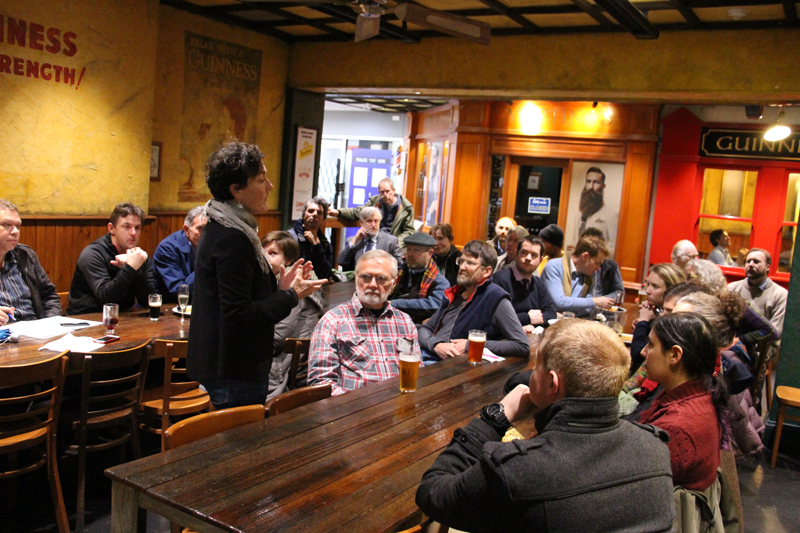 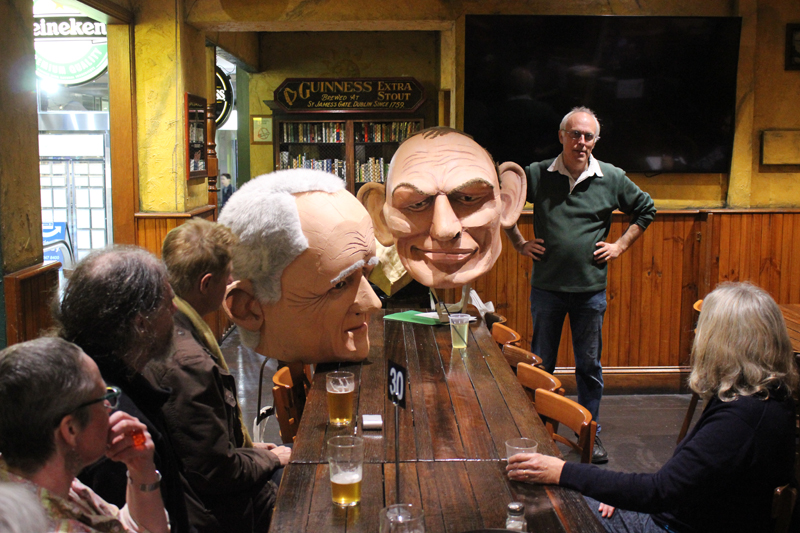 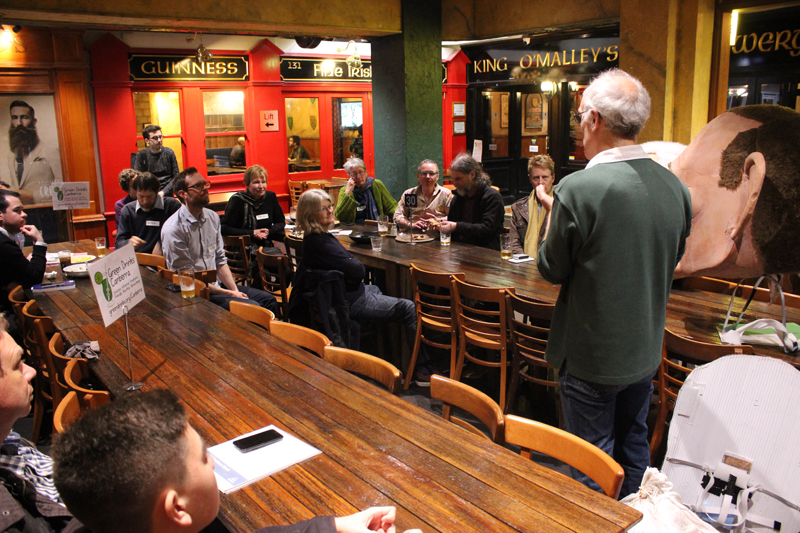 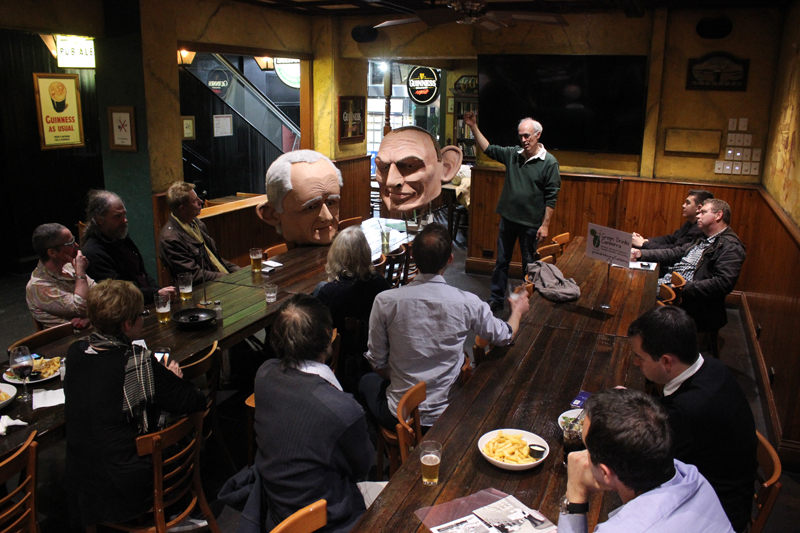 Those photos feature the ‘guest speaker’ component of the events. But a major part of the Green Drinks events is the freeform discussion that happens before and after the main talks. Every 15 minutes I ring a bicycle bell to encourage punters to swap seats and go speak to someone different!

What I have been up to since leaving Brisbane: cartooning

That is something that I have continued for the last six years, with my comics hosted at stuartmcmillen.com. My current project is called Twenty-Five Arguments Against Billboards>, which I am sequentially publishing to the URL ComicsAboutBillboards.com 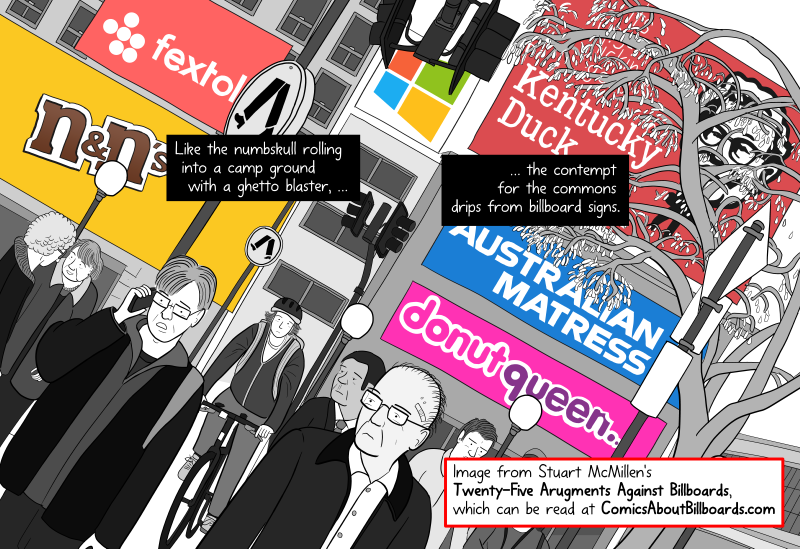 I love that Green Drinks is an international concept that anyone in the world can organise, if they follow a few simple guidelines that are listed on greendrinks.org. In fact, there are currently Green Drinks chapters operating in over 500 cities worldwide.

You can read the full blurb on my Green Drinks Canberra website. Other international organisers are free to borrow choice wordings from this page.

Conclusion: a worthy part of my life

Organising and hosting Green Drinks has become a worthwhile addition to my monthly routine. It gives me great joy to be in a room of 20 or 30 people who are in conversations that would not have existed if I had chosen not to arrange the event.

Congratulations to the subsequent and current organisers for having kept Green Drinks Brisbane going for the six years since I left town. There have been a string of different organisers over the years. It is nice to look back and see that the event still continues – albeit on a Friday night now, rather than my night of Tuesday.

If Green Drinks sounds like a good idea, use their website to see if there are any events in your city. If your city isn’t yet listed, why not volunteer to organise an event yourself?

And if you are in Canberra, I’ll see you at tomorrow’s event for my tenth anniversary. Our guest speaker is talking to us about edible insects as an environmentally-friendly protein source. 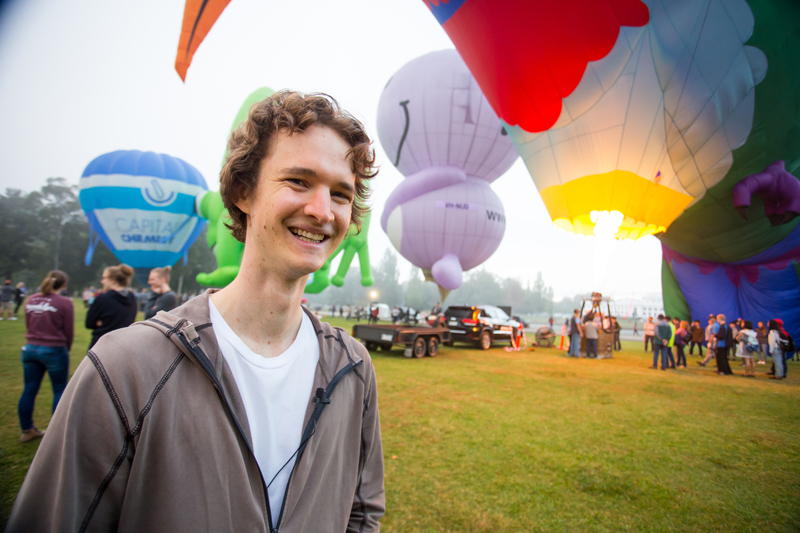