In 2012 I was commissioned by CSIRO to draw a promotional postcard for National Science Week. Designed specifically for Queensland, the artwork features a futuristic Queen Street Mall with lots of ‘sciencey’ things happening. 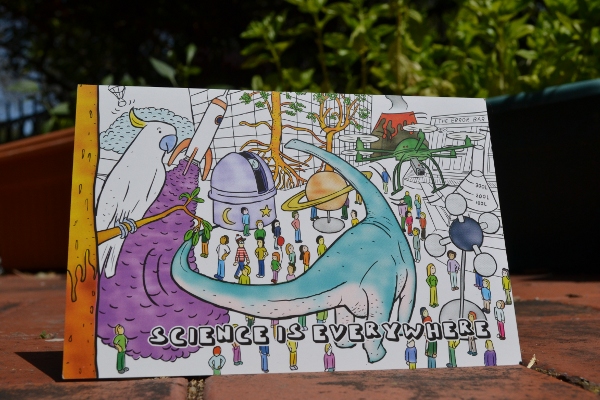 The postcard – being modelled near the basil plants in front of my house. Click for full view.

I did the design and line art for the postcard. The colouring was done by none other than Sam Campbell from local comedy group Skills in Time. We decided on a “strategically unfinished” look – as though a child had picked up a blank version of the card, and only coloured in certain drawings in the scene.

The cards were made available in cafés, libraries and other places around South East Queensland as free items. They were also mailed to schools around Queensland as promotion for National Science Week 2012. Go science! 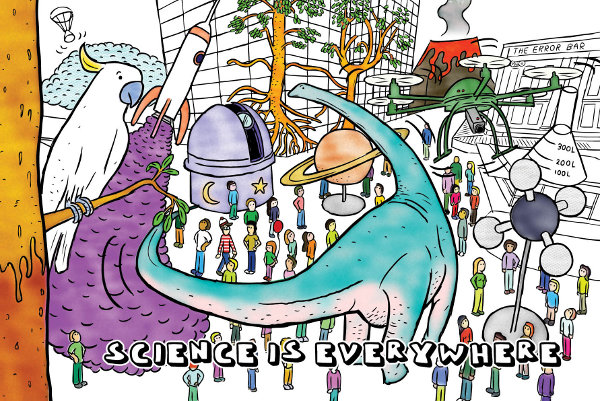