crowdfundstu.com
All part of the problem: our collective wastes of energy

This is essay 7 from a 7-part series expanding the ideas from my comic Energy Slaves, about Buckminster Fuller’s insights into human energy consumption.

Not just the petrolheads: we all waste energy slaves

Most people are totally unaware of the ‘human equivalent’ of energy that they waste on a daily basis. I hope that my energy slaves comic will bring this concept into sharper focus.

One of my major aims was helping people to see that they are as much of the problem as anyone else. Energy slaves power so much more than just the obvious things like cars and planes. They invisibly allow our entire lifestyles to exist. 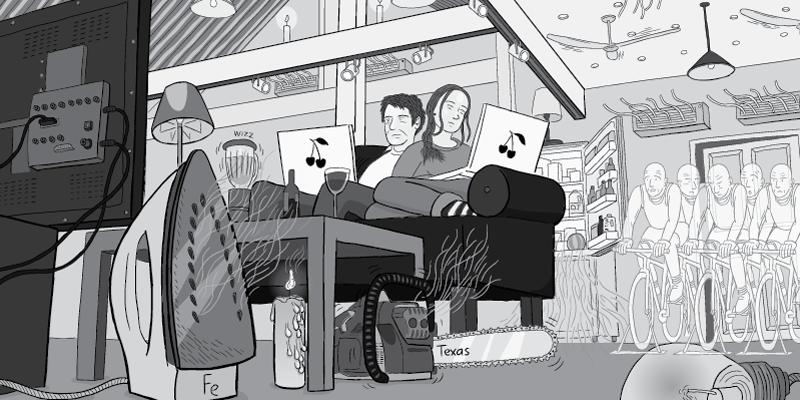 For effect, my comic’s artwork often showed exaggerated scenes of blatant waste. Such as the family sitting on a couch without concern for the excessive energy being wasted in the background behind them. Or the abusive truck driver honking his horn at cyclists. 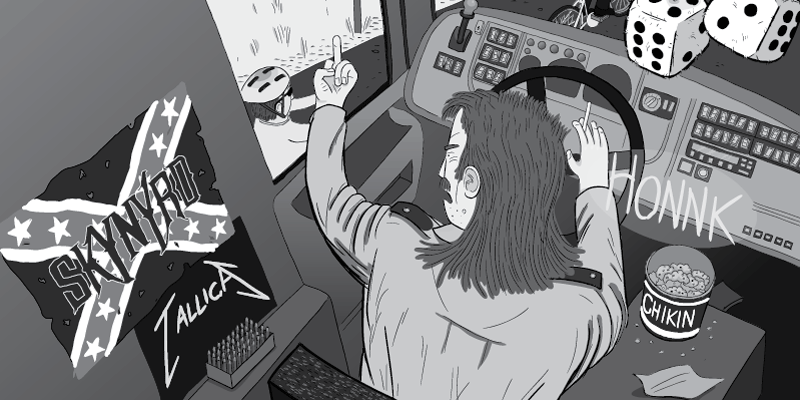 But I want to make it clear that it is not just these ‘villains’ who are the wasteful ones. It is not just the petrolheads and playboys who are to blame. We are all shocking wastes of energy slaves. 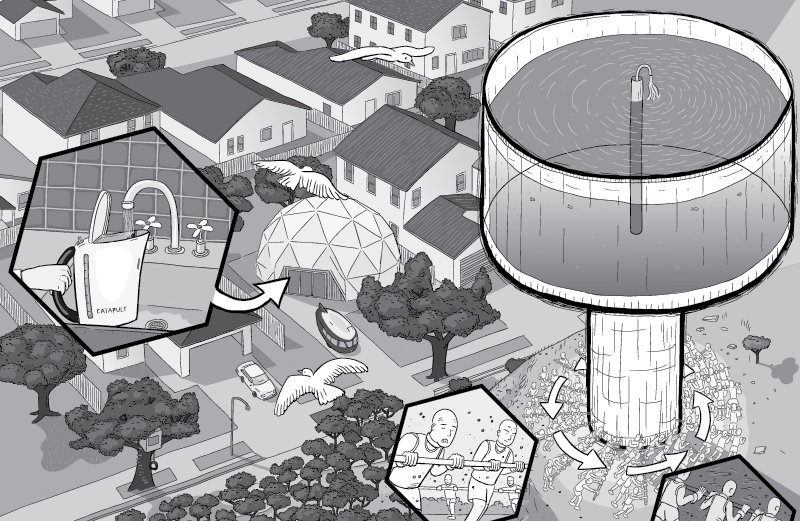 Have you ever drank water from a tap? The only reason water flowed through the pipes is that energy slaves pumped the water uphill into a water tower. Imagine the amount of human effort that would have been needed to achieve this same feat. 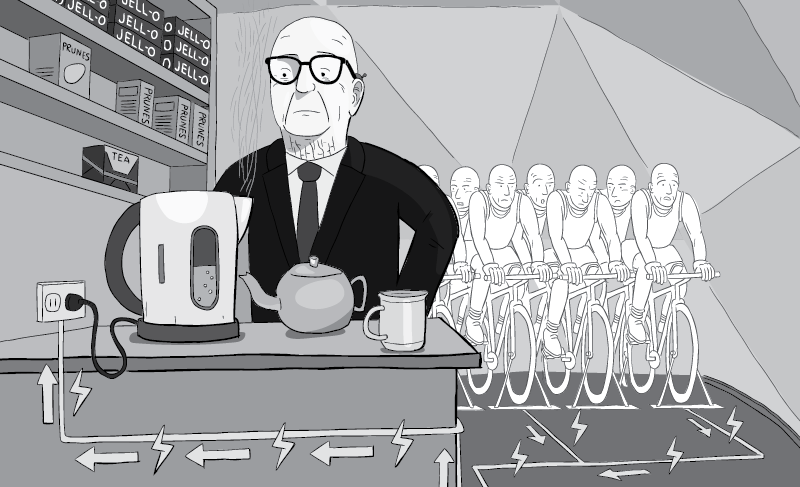 Have you ever over-filled a kettle? Boiling a whole litre of water, when all that you really wanted was a cup’s worth of liquid. Whenever we boil a kettle that contains more water than we will actually use, we are wasting energy slaves. 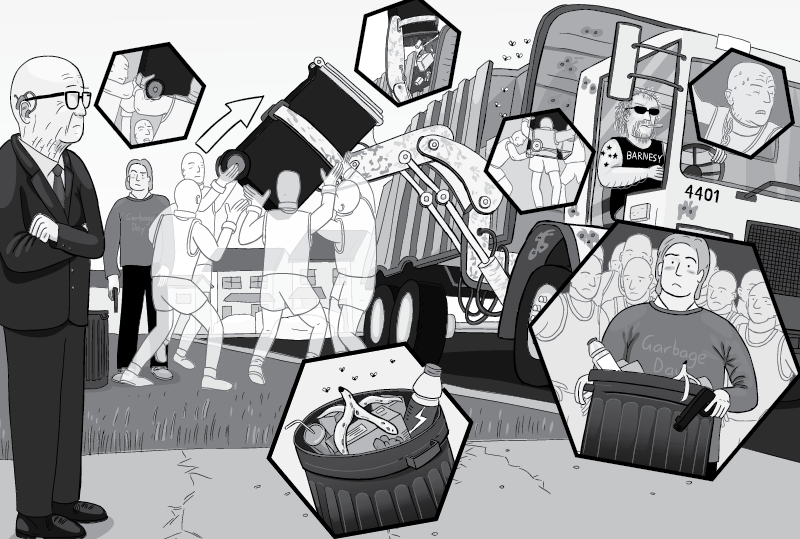 Have you ever put garbage in a bin and waited for a truck take it away? Energy slaves save us the hassle of having to lug our rubbish all the way to our city’s dump. We treat it as a given that energy slaves will be available to do this work for us. Because we don’t have to personally haul our own garbage, we are ignorant to the physical implications of our lifestyles. We purchase and discard a higher volume of ‘stuff’ than we would if we were limited by our bodies’ strength.

I wrote Energy Slaves because I don’t know the answer to our predicament. We need more frank discussion, and less assumption that “she’ll be right” simply because everything has been hunky-dory up until now.

The more we acknowledge the ‘hidden in plain sight’ energy slaves that support our daily lifestyles, the more we will question whether or not we are using our slaves wisely. 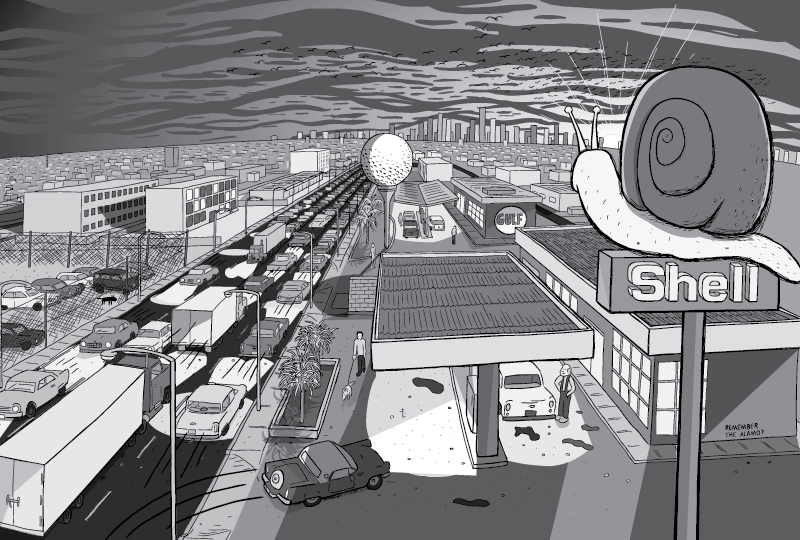 Imaginary ‘energy slaves’ perform work on behalf of human beings. They are ‘hidden in plain sight’, because they make our lifestyles so effortless. Essay 1 / 7.

I explain my decision to draw a comic about Peak Oil. I describe my aim to make my comic 'the ultimate Peak Oil primer' for uninformed readers.